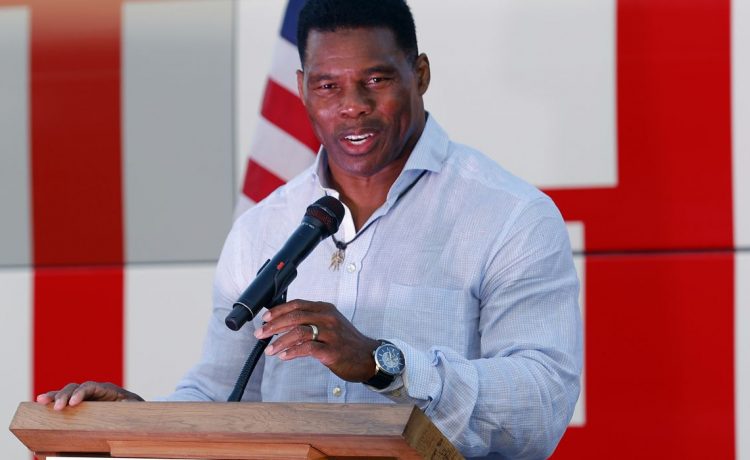 ATLANTA — Former President Donald Trump wanted Herschel Walker as the GOP’s Senate nominee here in Georgia at a time when few other Republican leaders did.

Now, Mr. Walker is in a jump-ball election against Democratic incumbent Sen. Raphael Warnock, and it’s a contest that could say just as much about Mr. Trump as about Mr. Walker.

Georgia is a state Mr. Trump won in 2016, then lost in 2020, then went to battle with fellow Republicans Gov. Brian Kemp and Secretary of State Brad Raffensperger over their handling of that election.

“If everyone won but Herschel you can draw your own conclusions,” said former Georgia House Majority Leader Jerry Keen.

From Arizona to Ohio to North Carolina to Pennsylvania, Trump-backed candidates are competing in races that will determine how big of a night Republicans enjoy on Tuesday.

They will also determine whether Mr. Trump, the undisputed king of GOP primary politics, remains a viable force beyond his core base of Republican voters.

“Trump will have bragging rights if most of his candidates win on Election Day,” said Darrell M. West, director of governance studies at Brookings Institute. “If several of them in high-profile races lose, it will undermine his electoral credibility and create openings for other Republicans to contest the 2024 presidential nomination.”

Most intriguing are the states like Georgia, Pennsylvania and Arizona, where Mr. Trump won in 2016 but lost in 2020.

In Arizona, Trump-backed picks Blake Masters is running for the U.S. Senate and Kari Lake is seeking the governorship.

“She is very much running as a first cousin of Donald Trump,” Mr.  Seitchik said. “If she is able to flip the script in Arizona that is a very good sign for Donald Trump and his desire to both win the nomination and return to the White House.”

“If Lake loses, it would be extremely troubling because this was the closest state in the country in the 2020 presidential election,” he said.

She’s embraced Mr. Trump about as close as possible, showering him with praise.

“I mean, short of getting Abraham Lincoln to endorse you, which is impossible, I think President Trump’s endorsement is pretty big,” she told The Washington Times in a recent interview.

She enters election day a slight favorite, according to prognosticators.

Analysts have wondered whether candidates with less of an association with Mr. Trump would have been doing better in those races right now.

Early this year, Republicans were confident of taking control of the Senate.

But after Trump-backed candidates emerged from primaries, those hopes dimmed in the eyes of some analysts. Democrats even pumped money into races to bolster those candidates, figuring they would be the easiest to defeat in a general election.

Most of the candidates have since proven competitive. Prognosticators now say the GOP is likely to reclaim the House, while it’s anyone’s guess who emerges on top in the Senate. There’s a very real possibility that the Senate remains divided 50-50, with Vice President Kamala Harris delivering control to Democrats.

Stan Barnes, a Republican strategist, said the primaries settled the fact that the GOP is the party of Mr. Trump and his America First movement.

“So the question is, now that we know that, how big is the phenomenon when it comes to the general electorate, and we are going to find that out,” said Mr. Barnes, who is based in Phoenix.

“Like Arizona, in states with crowded primaries where Donald Trump made an endorsement and won the nomination … if the general election yields Republican victories then we will have multiple examples of America First politics winning the day despite being outspent and maligned 24 hours a day by the Democratic Party,” Mr. Barnes said. “That is going to scare the hell out of Democratic operatives and candidates in every state that looks and feels like Arizona.”

Other analysts, though, cautioned against reading too much about Mr. Trump from Tuesday’s results, saying there are different dynamics at play in each race.

In Georgia, for example, Mr. Walker transcends the Trump brand and remains legendary from his days playing football at the state’s flagship university and later in the NFL.

“No one here associates Herschel Walker with Donald Trump. Hershel Walker is separate from him. He’s an icon,” said Brian Robinson, a Georgia-based GOP strategist. “I literally have never lived in a home where there weren’t pictures of Herschel Walker on the wall going back to the 1980s.”

He said Mr. Trump hasn’t been a factor in the campaign.

“We’re an outlier,” Mr. Robinson said. “You see Trump doing events in Arizona and Nevada and Pennsylvania and Ohio, but not here, and I think it shows you those candidates think he is a net positive and in Georgia, it’s a little more complicated.”

Pennsylvania has its own intricacies with Mr. Fetterman, the state’s lieutenant governor, having suffered a stroke earlier this year that’s raised serious questions about the Democrat’s his ability to serve.

“A win is a win, but I will tell you, Katie Hobbs has run one of the worst campaigns in America,” he said. “If she had run a halfway decent campaign, she probably would have won.”