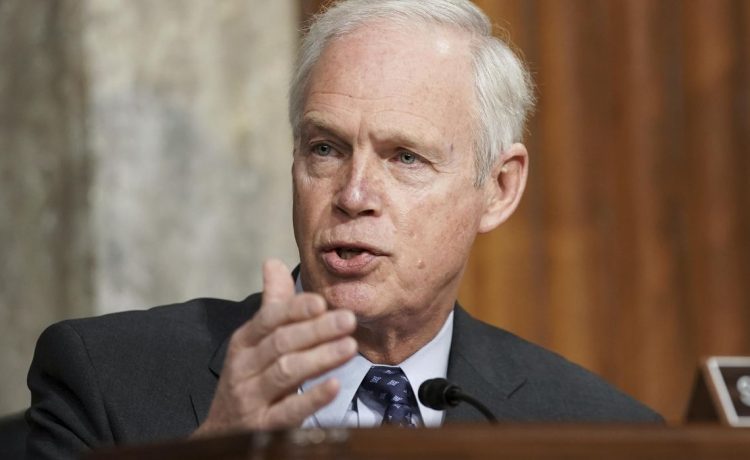 A group of Republicans in the House and Senate is pressuring GOP leaders to reject a massive year-end government funding bill and restart negotiations in January, when the party will have increased leverage to reduce what they call “unfettered” federal spending.

It’s a strategy that sets up a partisan fiscal showdown in the new year, when House Republicans reclaim the majority. It also raises the possibility that the government could run out of money if lawmakers fail to reach an agreement in the newly divided Congress.

“There is no reason we need to go down this road,” Senate Majority Leader Chuck Schumer, New York Democrat, said Monday. He warned that failure to pass a full fiscal 2023 spending bill would leave budget shortfalls, including a $10 billion gap at the Veterans Administration.

“The brave Americans who have served our country in uniform should never have to suffer the consequences of failing to fund the government,” Mr. Schumer said. “But unfortunately, that’s the risk they face right now if we don’t finish the job.”

But many GOP lawmakers are in no mood to negotiate with Democrats in a post-election “lame duck” Congress, even if it means a spending showdown in January.

A group of fiscally conservative House and Senate lawmakers says waiting until January to finish the fiscal 2023 funding bill will give the GOP a chance to rein in government spending that has exploded since the start of the pandemic.

Among those clamoring for a delay are members of the House Freedom Caucus, who are some of the most fiscally conservative lawmakers in Congress. The group warned months ago that Democrats would “ram through a spending blowout” in the lame duck session.

House Minority Leader Kevin McCarthy, California Republican who is working to round up enough votes in his right flank to become speaker in January, said he endorses punting the spending bill to the new Congress.

Waiting until January would give Republicans leverage beyond spending levels if they insist on including other top policy initiatives, including border security and energy measures Democrats have resisted, and language to revoke funding for the tens of thousands of new IRS agents funded under President Biden’s green energy and tax bill.

“It would be unprecedented for a moment when the House changed hands, for us to pass a lame-duck spending bill, so we shouldn’t do that,” Sen. Ron Johnson, Wisconsin Republican and fiscal hawk, told The Washington Times. “I’ll be fully supportive of any efforts in the Senate to pass a bill that gets us into the next Congress so that the House can hopefully take up, and pass, a far more fiscally responsible spending measure for the rest of the fiscal year 2023.”

Mr. Johnson is among a half-dozen Republicans who wrote to Senate Minority Leader Mitch McConnell, Kentucky Republican, to oppose striking a deal with Democrats on a spending bill during the lame-duck session.

“The American people sent an unmistakable message in the November midterm elections, making clear that they want a Republican-led House to serve as a check on the unfettered spending of the current Democrat-controlled Congress,” the group wrote to Mr. McConnell.

For the Senate to ram through a so-called ‘omnibus’ bill—which would fund the entirety of the [Democratic] spending agenda through most of next year—would utterly disempower the new Republican House from enacting our shared priorities.”

Democrats and Republicans are still trying to reach an end-of-year agreement on top line spending numbers for fiscal 2023.

The two sides have agreed on $858 billion in defense funding, but can’t strike a deal on domestic spending and foreign aid.

Republicans oppose Democratic efforts to raise non-defense spending to $813 billion, which is about $26 billion above the Biden administration’s fiscal 2023 request.

Negotiations continued over the weekend. But as of Monday, there was no deal.

Mr. McConnell warned Democrats they won’t get an agreement unless they eliminate what Republican lawmakers believe is lavish and excessive spending.

The measure would need the support of at least ten Republicans to pass the Senate.

“The commander-in-chief’s own party does not get to demand a pile of unrelated goodies in exchange for doing their job and funding our armed forces,” Mr. McConnell said Monday. “If House and Senate Democratic colleagues can accept these realities in the very near future, we may still have a shot at assembling a full year funding bill that will give our military commanders the certainty they need to invest, plan and stay competitive with rivals like China. If our Democratic colleagues cannot accept those realities, the option will be a short-term partisan funding bill into early next year.”

On Monday, Mr. Schumer announced the Senate would vote on another stopgap spending measure to keep the government funded for another week while lawmakers continue to negotiate.

If no deal is reached and negotiations are punted to January, the GOP-led House would face off against the Democratic majority in the Senate on a final spending deal, raising the risk of an impasse and the possibility of a politically unpopular partial government shutdown.

Polls often show the public blames Republicans for spending shutdowns, but conservative groups say the GOP has no choice. The party campaigned on a pledge to use their majority to advance top policy goals in a divided government, including border security and domestic energy production, by adding them to spending bills.