The Great Days > News > Green comet to pass closest to sun this week, might be visible in Northern Hemisphere
News

Green comet to pass closest to sun this week, might be visible in Northern Hemisphere 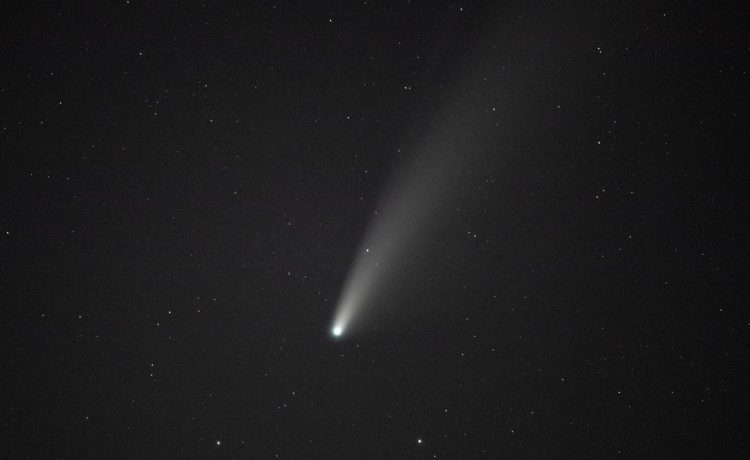 The comet C/2022 E3 (ZTF) will pass the Sun at its closest point Thursday, letting it possibly become visible to observers in the Northern Hemisphere while the sky is clear and dark.

“On a voyage through the inner Solar System, comet 2022 E3 will be at perihelion, its closest to the Sun, in the new year on January 12 and at perigee, its closest to our fair planet, on February 1,” NASA explained in a release.

The best time to view the comet Thursday on the northeastern horizon is just after midnight, according to astronomy site EarthSky. Depending on the highly variable brightness of the comet, visual aids like binoculars may be necessary.

The comet will get brighter as it approaches our planet, but after it passes Earth between Feb. 1 and Feb. 2 the comet’s glow, caused by carbon gasses, will decrease dramatically in the Northern Hemisphere.

Southern Hemisphere viewers will have an easier time seeing the comet starting in February.

After leaving the solar system, C/2022 E3 (ZTF) will not be back for a long time. The current estimated orbital time for the celestial body is 50,000 years, according to Space.com, meaning the last time it approached Earth, Stone Age Neanderthals walked the planet.

“If C/2022 E3 has ever passed through the solar system before, it would have last been seen in the sky more than 10,000 years ago,” Jon Giorgini, a senior analyst at NASA’s Jet Propulsion Laboratory, told National Public Radio.