Greta Thunberg has made climate a bigger issue among Norwegian youth, study says 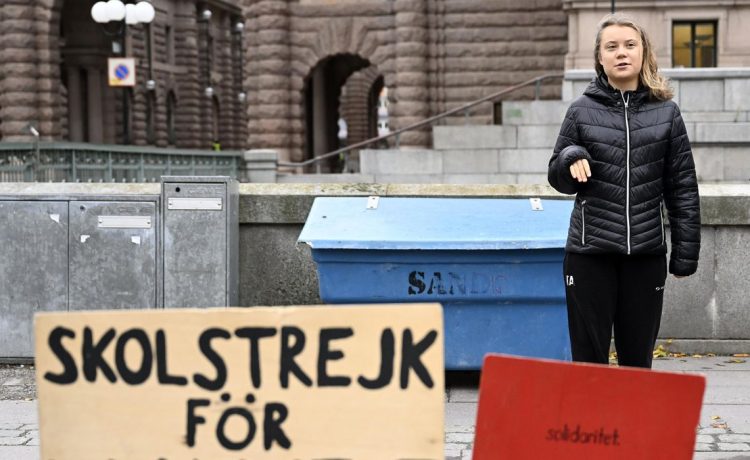 Greta Thunberg’s climate activism has had a major influence on young Norwegians paying more attention to environmental issues, according to a recent study.

From 2017 to 2021, researchers at the Norwegian University of Science and Technology conducted regular surveys of people between the ages of 17-20 about what they believe is important in Norwegian society and who they believe are good role models.

The study’s authors noted that mentions of climate change and Ms. Thunberg, who is from neighboring Sweden, had increased when the 2019 survey went out.

The number of survey respondents who said climate change was somewhat or greatly concerning reached 82% in 2019, with only 18% saying it was either “not at all” a concern or a “small” concern.

Ms. Thunberg, 19, reached her zenith between 2018 and 2019, when researchers said that her “Fridays for future” movement expanded globally and she delivered speeches at both the United Nations and the World Economic Forum.

“When we started these surveys in 2017, we had no particular ambition to look at climate awareness. We wanted to know what young people think about our times and what inspires them,” says Jan Frode Haugseth, one of the researchers.

He continued: “When we observed how the responses changed in autumn 2019, and that young people themselves were mentioning Greta Thunberg and the importance of addressing climate and nature issues, we thought this would be an interesting object of study.”

Respondents identified Ms. Thunberg and climate change’s importance to them in how they answered two questions in the beginning of the survey: Think of a person who inspires you – who is that person, and what qualities do they have; and, how would you describe contemporary society in your own words?

“I’m really inspired by Greta Thunberg now. She is enormously resourceful, and I greatly admire her efforts,” a 20-year-old male respondent said in 2019, according to the study. “She is brave and uses her voice to fight for something she believes in. And she’s humble at the same time. The focus shouldn’t be on her.”

However, researchers noted that the onset of the COVID-19 pandemic in 2020 and its presence in 2021 caused young Norwegians to be less concerned about climate change in subsequent surveys — with those concerned dropping to 75% and those not concerned increasing to 25%.

A total of 2,855 responses were recorded for each installment of the survey. Respondents were recruited with targeted ads over Facebook and Instagram.

The study is titled “The Greta Thunberg Effect: A Study of Norwegian Youth’s Reflexivity on Climate Change,” and was published in the British Sociological Association last month.