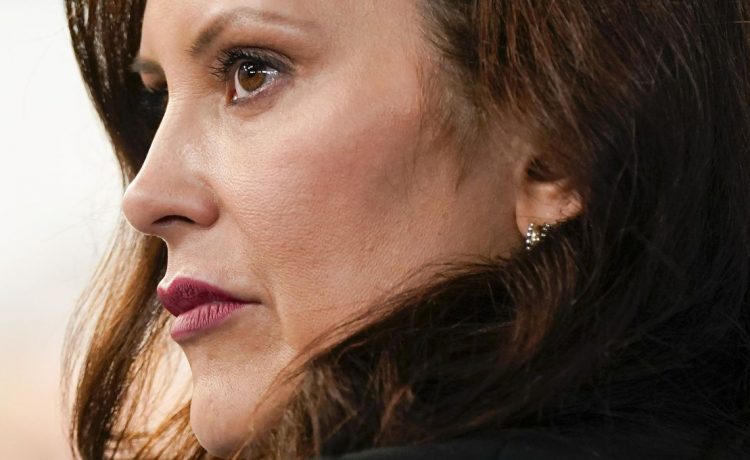 Michigan Gov. Gretchen Whitmer plans to use her line-item veto to strike more than $20 million from the state budget bill designed to encourage adoption and support pro-life pregnancy facilities, igniting an outcry from abortion foes.

The Democratic governor’s office said she will finish signing Wednesday a $76 billion 2022-23 state budget that omits a half-dozen items passed by the Republican-controlled state legislature, such as a $2 million adoption tax credit and $10 million to promote adoption “as an alternative to abortion.”

Other expenses on the chopping block include $4 million for maternity homes expansion; $3 million for a maternal navigator pilot program; $700,000 for the Real Alternatives pregnancy program, which promotes “childbirth, alternatives to abortion, and grief counseling.”

“While politicians in other states rush to ban abortion, even in instances of rape or incest, Michigan must remain a place where a woman’s ability to make her own medical decisions with her trusted health care provider is respected,” the governor’s office said in a Tuesday statement.

The anticipated cuts come a week after Ms. Whitmer vetoed $6 million in line items from the education budget designated for pro-life pregnancy centers on college campuses and stem-cell research grants banning the use of cell lines taken from aborted fetal tissue.

“Governor Whitmer supports legislation that provides every possible resource to women who are pregnant, seeking to start a family, or those who aren’t ready yet, but she cannot support aspects of a bill that sends taxpayer dollars to fake health centers that intentionally withhold information from women about their health, bodies, and full reproductive freedom,” the office’s statement said.

Her anticipated vetoes were condemned by pro-life advocates and Michigan Republicans who accused her of taking away choices for pregnant women.

“The governor claims to be a voice for ‘choice,’ but her actions clearly support only one option for women in a crisis pregnancy – the deadly choice of abortion,” said state Rep. Thomas Albert, Lowell Republican and House Appropriations Committee chairman, in a Tuesday statement.

He said the $20 million included “support for prenatal care, maternity homes and pregnancy resource centers as well as adoption.”

“It is shocking that the governor, and her far left political base, are now so extreme that helping pregnant women who might consider adoption instead is now a bridge too far,” Mr. Albert said.

Pro-abortion Dems like gov Whitmer show their true extremism in ‘cracking down’ on pregnancy centers, which provide a multitude of resources for women and families that the profit-driven abortion industry just doesn’t offer https://t.co/HMdd7ztkYB

Marjorie Dannenfelser, president of Susan B. Anthony Pro-Life America, said that Michigan has nearly 200 pro-life pregnancy centers, which outnumber the state’s Planned Parenthood facilities by 13 to 1.

“Pro-abortion Democrats like Governor Whitmer show their true extremism in ‘cracking down’ on pregnancy centers, which provide a multitude of resources for women and families that the profit-driven abortion industry just doesn’t offer,” said Ms. Dannenfelser.

The statement from the governor’s office accused such centers of “preying on women at a vulnerable time in their lives,” while pro-life advocates say they provide free services such as pregnancy tests, ultrasounds, parenting classes, and baby supplies.

The vetoes come with Ms. Whitmer, who faces reelection in November, fighting a 1931 state law banning most abortions.

While the law had been a dead letter since the U.S. Supreme Court made a federal constitutional right in the 1973 Roe v. Wade decision, it was never formally repealed.

A judge temporarily blocked the law in May, in anticipation of Roe v. Wade being overturned, which the Supreme Court did on June 24.

“Instead of supporting life-saving alternatives, Whitmer and other radical Democrats would rather keep taxpayer dollars flowing to the abortion lobby that is spending $150 million to get them elected,” Ms. Dannenfelser said. “Their deeply unpopular agenda will have consequences at the ballot box.”