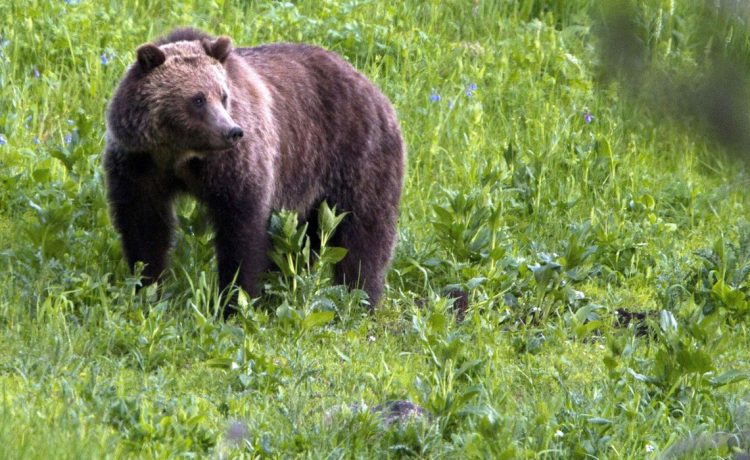 Federal wildlife officials are considering reintroducing grizzly bears into the ecosystem of the North Cascades mountain range in Washington.

Previous reintroduction attempts were abruptly canceled before being completed.

A 2015 public planning process to release grizzlies in the North Cascades was ended in 2017 by Secretary of the Interior Ryan Zinke. Mr. Zinke restarted the process in 2019, but that attempt ended in 2020.

Now, federal agencies, mainly the National Park Service and the U.S. Fish and Wildlife Service, have restarted the process in the environmental impact statement stage, which will weigh various options authorities have to reintroduce the bears.

“This is a first step toward bringing balance back to the ecosystem and restoring a piece of the Pacific Northwest’s natural and cultural heritage,” North Cascades National Park Superintendent Don Striker said.

The bears, previously native to the range, were all but extirpated during the 20th century. The last confirmed sighting of a grizzly on the American side of the North Cascades, which stretches into Canada, happened in 1996, according to the Park Service.

The EIS will weigh several options. The first, common to all government EIS processes, is the option to continue with existing practices, in this case, “improved sanitation, poaching control, motorized access management, outreach and educational programs … and research and monitoring,” according to the Department of the Interior.

The second option was a gradual capture and reintroduction of grizzlies from other habitats, including British Columbia in Canada and Montana.

Around three to seven bears would be reintroduced into the North Cascades every year, building up to a population of 25 bears. That would be enough for nature to take its course, according to experts, resulting in a projected population of 200 bears within 60 to 100 years.

These bears would receive an experimental designation, which would “allow the FWS to specify protective regulations to provide greater management flexibility (e.g., relocation or removal) in the event of human–grizzly bear conflict situations,” the Interior said.

The timeframe for the environmental impact statement is long, which means the reintroduction of grizzlies is years away. The government plans to have a draft of the impact statement to present for public comment in the summer of 2023, and a final version of it in the spring of 2024.

“For far too long the North Cascades have been missing an integral part of their unique ecosystem. Returning the grizzlies will finally make this incredible wilderness whole again,” Kathleen Callaghy, Northwest representative with Defenders of Wildlife, said in a statement.

Local ranching and agricultural interests, however, are less pleased with the prospect of reintroducing bears to the area.

“The introduction of grizzly bears into the North Cascades would directly and negatively impact the people and the communities I represent. My constituents and I have consistently opposed proposals to do so under multiple administrations because introducing an apex predator to the area would threaten the families, wildlife, and livestock of North Central Washington,” said Rep. Dan Newhouse, Washington Republican.