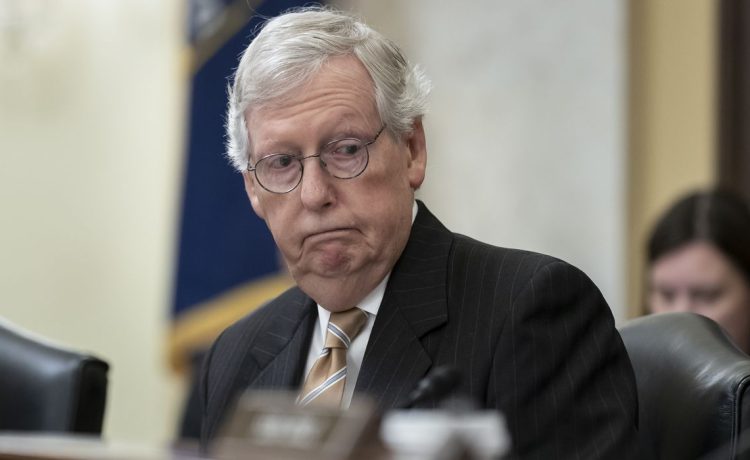 A growing list of Senate Republicans frustrated by the results of the 2022 elections called for a delay of the leadership vote scheduled for Wednesday so lawmakers can reassess who should be leading the party.

The calls for delay sounded a lot like a brewing revolt against Senate Republican leader Mitch McConnell of Kentucky who had been considered well-positioned to remain in the top GOP job in the chamber.

But now Mr. McConnell is also now dealing with his longtime foe, former President Trump, trying to stir up opposition to his leadership run as well as the delay-the-vote campaign.

Sen. Marco Rubio of Florida wrote on Twitter that the Senate GOP leadership vote next week should be postponed to make sure the best leadership choices were considered.

“First we need to make sure that those who want to lead us are genuinely committed to fighting for the priorities & values of the working Americans (of every background) who gave us big wins in states like #Florida,” he wrote.

Sen. Cynthia Lummis of Wyoming retweeted Mr. Rubio’s message and added “second” for his motion to delay the leadership election.

Also backing a delay was Sen. Ted Cruz of Texas, who is campaigning in Georgia for Republican candidate Herschel Walker in the Senate runoff against Democratic incumbent Sen. Raphael Warnock.

“It makes no sense for Senate to have leadership elections before GA runoff. We don’t yet know whether we’ll have a majority & Herschel Walker deserves a say in our leadership,” Mr. Cruz tweeted. “Critically, we need to hear a specific plan for the next 2 yrs from any candidate for leadership.”

Other Republicans backing the delay are Sens. Rick Scott of Florida, Josh Hawley of Missouri and Mike Lee of Utah.

House Freedom Caucus members, who have also called for their leadership elections to be delayed, cheered on the disgruntled senators.

“So proud of my Senator! We should not hold leadership elections in the House or Senate until we know exactly who will constitute the Republican conferences in each chamber,”  Rep. Matt Gaetz of Florida chimed in. “Marco knows we must be very deliberate about this & make good choices for the people!”