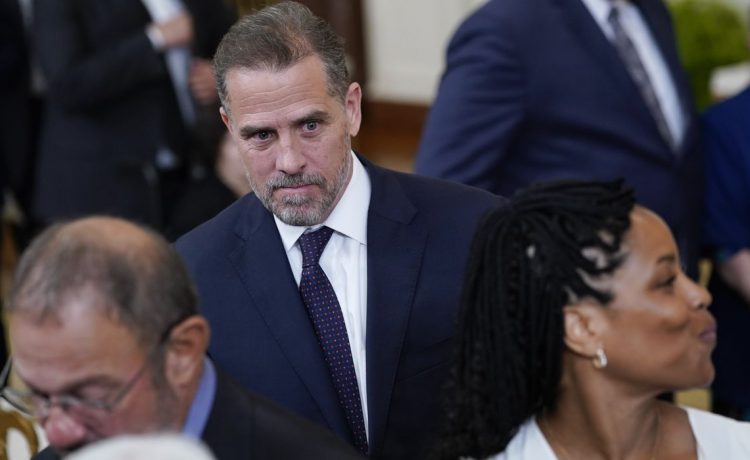 The sprawling Hunter Biden probe is hurtling towards a conclusion, and former prosecutors who’ve followed the case say signs point to a “generous” guilty plea deal that would spare the Biden administration further embarrassment.

Hunter Biden has not been charged with wrongdoing, but investigators have been looking into possible violations of federal gun and tax laws. He is also under federal scrutiny for suspicion of money laundering and possible violation of foreign lobbying requirements, tied to his overseas business dealings.

Prosecutors who’ve watched the case predict it will end with Hunter Biden pleading guilty to minor tax or gun charges in exchange for a light sentence.

A guilty plea would be the least messy outcome, they say. It would avoid an indictment or criminal trial that could unearth new allegations embarrassing both Hunter Biden and his dad.

Chris Clark, an attorney representing Hunter Biden in the Delaware case, disputed predictions the case will end in a guilty plea.

“Let any of your ‘experts’ know I’m happy to place a bet with them,” he wrote in an email to The Washington Times.

A plea would also provide political cover for Attorney General Merrick Garland, who can point to it as evidence that President Biden didn’t try to put his thumb on the scales of justice. It would also keep allegations that are swirling around Hunter Biden from upending the critical midterm election in November.

“My bet is we are looking at a generous soft plea that is very favorable to Hunter Biden,” said Jim Trusty, a former Justice Department prosecutor. “The guilty plea is designed to end all inquiries into Hunter Biden’s financial activities. The story will be Hunter Biden had a drug addiction and made the mistakes.”

Jonathan Turley, a Constitutional law professor at George Washington University, expects a guilty plea because emails, text messages, photos and other materials discovered on Hunter Biden’s laptop will make it difficult for prosecutors not to pursue charges.

He said a possible plea deal could include tax crimes and violations of the Foreign Agents Registration Act, or FARA. The obscure 1938 law requires anyone doing political or lobbying work on behalf of a foreign client or government to register with the Justice Department.

“Absent a sealed indictment or a decision to carry over to a new grand jury, a plea deal seems more likely,” Mr. Turley wrote in an email. “It is hard to believe that the DOJ would walk away from what appear to be obvious FARA violations and tax violations. A plea deal always seemed like the best case scenario for Hunter since his laptop left no question about an assortment of criminal acts.”

Legal observers point to several developments both in the Hunter Biden case and in Washington that signal a guilty plea may be coming. First, the grand jury in Delaware hearing testimony in the case expired last month without any public charges.

U.S. Attorney David Weiss could call a new grand jury, but that would take months and give prosecutors time to discover potentially new witnesses or evidence. Another indicator, they say, is that the grand jury closed without appearances from significant witnesses, including President Biden.

Also, the looming November midterm election is putting pressure on prosecutors to resolve the case. Republicans are expected to take one or both houses of Congress and have already promised to conduct rigorous investigations into Hunter Biden’s business dealings and the Justice Department’s handling of the case.

“Generally, prosecutors don’t like to have congressional overlap at the time of an investigation because you don’t want witnesses subjected to the publicity of a congressional hearing,” Mr. Trusty said.

A guilty plea would also shield Hunter Biden from those congressional investigations by closing the case before Republicans win back their investigative powers. And it would magnify Democrats’ objections to GOP calls to appoint a special counsel, since the case would be resolved.

The midterms could also impact the case in other ways. Under long-standing Justice Department rule, it won’t file charges in a politically tinged case within 60 days of an election. That would mean prosecutors have until early September to move on an indictment.

However, some have questioned whether the Department’s 60-day rule would apply in the Hunter Biden case because neither he nor his father is up for election this year. In 2018, the Justice Department used that logic to bring criminal charges against Michael Cohen, who was President Trump’s personal attorney.

The probe against Hunter Biden dates back to 2018 as an investigation into his tax affairs. It has since morphed into a broader probe looking into not only whether Hunter Biden paid enough income taxes, but whether he possibly violated other federal laws.

Hunter Biden worked for various businesses in China, Ukraine, and elsewhere, receiving a large salary. He reportedly raked in more than $11 million from his overseas business dealings while his dad served as vice president.

He sat on the board of Burisma, a Ukrainian gas company between 2014 and 2019, pulling down a lucrative salary despite little industry experience.

A Chinese energy company sent $4.8 million to entities controlled by Hunter Biden and his uncle, James Biden, for legal and advisory work. However, it’s unclear whether Hunter Biden actually did any legal work for the company.

The foreign lobbying work has raised questions about whether Hunter Biden violated FARA.

Those foreign funds have also landed Hunter Biden under scrutiny for potential money laundering by bringing overseas funds into the U.S. financial system in a way to obscure their origins. Various financial institutions filed more than 150 suspicious activity reports with the U.S. government about the transfer of funds in and out of his accounts.

Prosecutors are also examining whether Hunter Biden violated firearms laws when he purchased a gun in 2018 while he was struggling with substance abuse.

In 2018, a firearm owned by Hunter Biden was tossed by his girlfriend into a dumpster in Wilmington, Delaware. At the time, Hunter Biden said he was grappling with drug abuse.

Federal gun laws prohibit the sale of a firearm to anyone who uses or is addicted to illegal drugs. Gun purchase forms require individuals to self-attest that they are not using drugs ahead of buying a weapon.