Gyms that survived pandemic steadily get back in shape 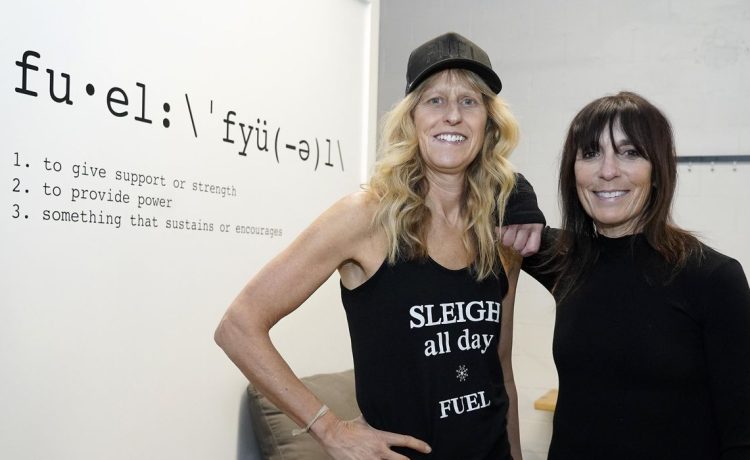 NEW YORK — One day in January, a once-regular customer at Fuel Training Studio in Newburyport, Massachusetts, stopped in to take a “shred” class. She hadn’t stepped foot in the gym since before the pandemic.

The customer told owners Julie Bokat and Jeanne Carter that she had been working out at home alone in her basement but had slowly become less motivated and sometimes exercised in pajamas without breaking a sweat.

“I was getting bored of what I was doing, so here I am ,” Bokat quoted her as saying. She’s heard similar comments from customers who’ve returned after more than two years of working out in a basement or a converted home office.

During the “dark days” of the pandemic in 2020 and 2021, Bokat and Carter moved equipment outdoors to hold classes in parking lots and a greenhouse they built for the winter. They also held classes online, but attendance still plummeted by 70%. They weren’t certain the business would survive.

They weren’t alone. Gyms and fitness studios were among the hardest hit businesses during the pandemic, hammered by lockdowns and then limits on the number of people they could allow in for classes and workouts. Unlike bars, restaurants and live venues, there was no industry-specific federal aid given to health clubs. Twenty-five percent of U.S. health clubs and studios have closed permanently since the pandemic began, according to the National Health & Fitness Alliance, an industry group.

For gyms that made it through the worst, signs of stability are afoot. Foot traffic in fitness studios is still down about 3% from 2019 so far in January, but up 40% compared with 2021, according to data from Placer.ai, which tracks retail foot traffic.

PHOTOS: Gyms that survived pandemic steadily get back in shape

At Fuel Training, the greenhouse is gone, as are the parking lot spin classes. Attendance is still down about 35% from 2019, but Bokat and Carter say more people are coming in every day. The gym-goers say they miss the sense of community a gym can provide.

“I feel pretty positive that man, if we sustained our community during like the darkest of days, it can only go up from there, and it has,” Bokat said.

Many gyms and fitness studios had to quickly diversify their offerings in order to attract customers during the pandemic – and some say those changes worked so well, they’re permanent.

Guy Codio, who owns the NYC Personal Training Gym in New York, went from nine to four trainers during the pandemic and had to pivot to online training sessions. In 2021, he moved to a different space with lower rent and started renting out space to others in the health and wellness industry including physical therapists and massage therapists.

“Everybody was worried during COVID, so we just need to downgrade a little bit,” he said. “We had to change the model in order for us to succeed — almost take a step back, to take another step forward.”

Now, he’s back to six trainers, but plans to keep the new business model renting out space to hedge his bets in case of another downturn.

In his new space, Codio limits people on the floor to 10 or 12 so customers feel more comfortable COVID-wise. But most customers he sees are “over COVID,” and not as worried about getting sick as they used to be, he says.

“If a person is feeling worried there are measures we take, we do have masks or we have them in during different hours when there’s less amount of people,” he said.

For Jessica Benhaim of Lumos Yoga & Barre in Philadelphia, some pandemic changes have led to a boom in business. Not only is she back to pre-pandemic attendance levels, she recently opened a second location.

Demand returned to normal in the summer of 2022, Benhaim said. She raised the price for a drop-in class by $5 to $25 to offset higher costs for employee wages and cleaning supplies, but says that hasn’t deterred customers.

Benhaim credits two pandemic changes with helping demand recover: outdoor classes and limited class size. She started outdoor classes from April through October during the pandemic in a nearby community garden out of necessity, but now has no plans to stop them.

“People just love being outside, especially when it’s really nice out in the spring, even in the summer when it’s hot,” she said.

Classes are still capped at 12, down from 18 pre-pandemic. She offsets the decrease by offering more classes in her two studios.

“I think it just gives everyone a little bit more space like, you know, just having a couple extra inches between mats, people really appreciate that.”

When the pandemic first hit, Vincent Miceli, owner of Body Blueprint Gym in Pelham, N.Y., expected that 30% of his clients wouldn’t come back. He underestimated.

Miceli thinks about 30% of his members left Pelham, a bedroom community near New York City, and moved elsewhere. Another 30% changed their habits and stopped working out altogether.

Now, he’s seeing slow growth, similar to pre-pandemic levels, of about 5% month over month as working out at home loses its luster. He’s still down about 35% client-wise from where he was in February 2020. Most of the new customers are people who haven’t worked out before, he said.

“That gives us a whole new kind of lifeblood of the business,” he said. Personal training is booming – up 60%. And he’s focusing on fewer classes that are more tailored to his current clients, like a strength and conditioning class called “Strength in Numbers” for women 40 and up.

He says people’s interest in being healthy is overshadowing their fear of getting sick in a gym.

“I do think the severity in which unhealthy people got sick over past few years is also letting people who have not done any fitness pay more attention to it,” he said.

Miceli’s business has recovered to the point that he’s ready to start opening other locations.

“I think in-person fitness will never go away,” he said.