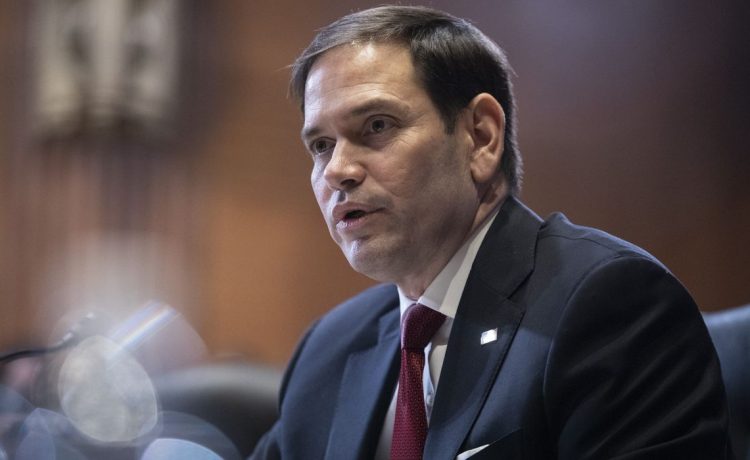 The escalating competition between the U.S. and China for advanced technology has spread to the alternate reality metaverse, where the two global powers are fixated on the U.K.-based company Hadean.

Hadean has plans to create the infrastructure needed to build digital worlds, including things like a multidimensional land warfare simulator that it said in July it was making for the British Army.

The company’s work lured funding from the U.S. intelligence community, via its strategic investment fund In-Q-Tel, and it also attracted the China-based tech titan Tencent.

The mutual interest raised concerns in the U.S. that taxpayers’ money could serve to build new tools for China. After learning of China’s big-tech play for the cutting-edge metaverse business, Sen. Marco Rubio said he has worked to prevent American dollars from creating new capabilities for China.

“We will continue conducting oversight to ensure that any investments by the IC are not also advancing the national security capabilities of our adversaries,” the Florida Republican said in a statement. “For too long, the Chinese Communist Party has successfully poached, stolen, or taken advantage of research and development performed by industry, academia, and the government funded by U.S. taxpayers or our allies.”

Hadean was initially set to collect a multimillion-dollar sum from a group of funders including In-Q-Tel and Tencent, according to reports. In-Q-Tel is a nonprofit contracted with the CIA that spends taxpayer dollars on private sector companies to help solve national security problems. Tencent is based in China, where the communist regime’s policies of military-civil fusion force cooperation between businesses and the government.

The initial funding plan for Hadean also included financing from the British government, according to the Telegraph in August. The National Security Strategic Investment Fund, a U.K. corporate fund similar to In-Q-Tel in the U.S., was also reportedly advising Hadean.

The Senate Intelligence Committee learned of the investment plan and privately pressed In-Q-Tel about its investment and about Hadean’s efforts to raise cash from other sources, according to a spokesperson for Mr. Rubio.

In-Q-Tel was not looking to partner with the Chinese tech giant. The fund told The Washington Times it invested in March 2021, before Tencent.

When Hadean announced its funding plans in September, the total amount of cash was higher than anticipated in previous reports, a new investor had emerged, and Hadean acknowledged taking less from Tencent than the Chinese company offered.

Hadean said it reached an agreement raising $30 million from a range of investors including In-Q-Tel and bolstered by an additional investor Epic Games, the behemoth video game and software developer. Epic Games was already a Hadean investor and collaborator.

Hadean CEO Craig Beddis told TechCrunch his company ultimately took less from Tencent to become compliant with the Committee on Foreign Investment in the United States, which is a federal government entity that reviews commercial transactions for national security problems.

Hadean’s business may face additional scrutiny in the U.S. The Senate Intelligence Committee is in contact with elements of the intelligence community performing oversight related to the Hadean investment, according to a spokesperson for Mr. Rubio.

Precisely what Hadean’s investors will receive remains to be seen, but Mr. Beddis said Hadean is working to enable its customers and partners to “build, run and monetise vast virtual worlds.”

“The funding will accelerate the development of our groundbreaking cloud computing technology which can be used to increase the scale, complexity and security of 3D environments and deliver a unique experience to users with no latency,” Mr. Beddis said in a statement. “It will also allow us to continue to innovate and make advancements that will overcome key challenges for the metaverse such as its massive computational demands or limitations in concurrent users.”

Tencent has big plans for virtual worlds. The company said on Wednesday it has explored building a “digital factory” with the help of an unnamed partner and the end result would rely upon cloud computing and digital twin, or virtual reality, technology.

“There will soon be a new connection that integrates digital and physical forms, transcending time and space,” said Tencent CEO Pony Ma on the company’s website detailing his plan for “Immersive Convergence.”