The Great Days > News > Half of voters motivated by abortion issue ahead of midterms: Survey
News

Half of voters motivated by abortion issue ahead of midterms: Survey 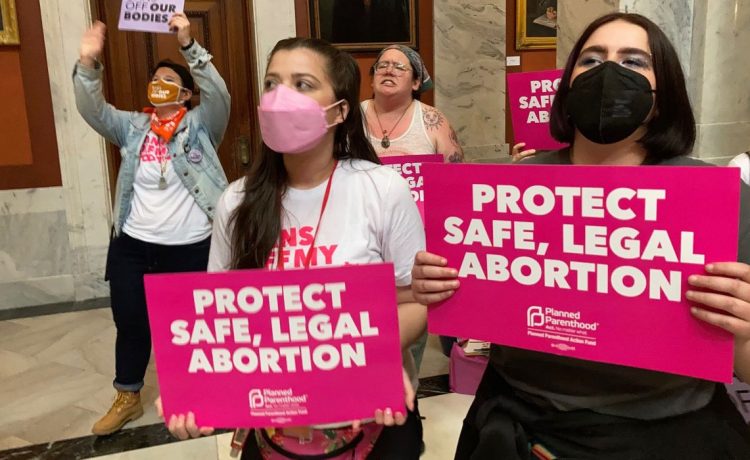 Half of all voters are motivated to vote in the midterm elections because of the Supreme Court decision overturning the nationwide right to abortion, according to a survey on Wednesday that finds the issue is an even bigger catalyst than after the opinion was leaked and issued.

The share of voters being spurred to the polls by abortion access is up from 37% in a similar survey in May, after the opinion was leaked, and 43% in July, after the court’s conservative majority overturned the 1973 Roe v. Wade decision, according to the Kaiser Family Foundation survey of over 1,500 people.

Democrats are particularly motivated by abortion access, with more than two-thirds citing it as a motivator compared to nearly half of independents and about a third of Republicans.

National Democrats are fuming about the Supreme Court decision, but they are using it to punish Republicans who support stringent restrictions on abortion, hoping it motivates young people, women and other critical voters.

Democrats are poised to lose their House majority this cycle and control of the evenly divided Senate remains a tossup.

“Many races in the midterms will be decided by marginal changes in turnout, with a few voters making a difference,” the KFF pollsters said.

More than half of voters in states with full abortion bans said they are more motivated to vote this cycle.

Eight in 10 voters oppose laws that ban abortion in cases of rape or incest, including about seven in 10 Republicans, which could motivate voters in states like Texas, Tennessee, South Dakota, Missouri, Louisiana and Kentucky that have imposed the sweeping restrictions, pollsters said.

The survey was conducted from Sept. 15 to Sept. 26 with a margin of error of 3 percentage points for the full sample of 1,534 adults.