The Great Days > News > Hamline board jumps in to review fracas over academic freedom, Islamophobia
News

Hamline board jumps in to review fracas over academic freedom, Islamophobia 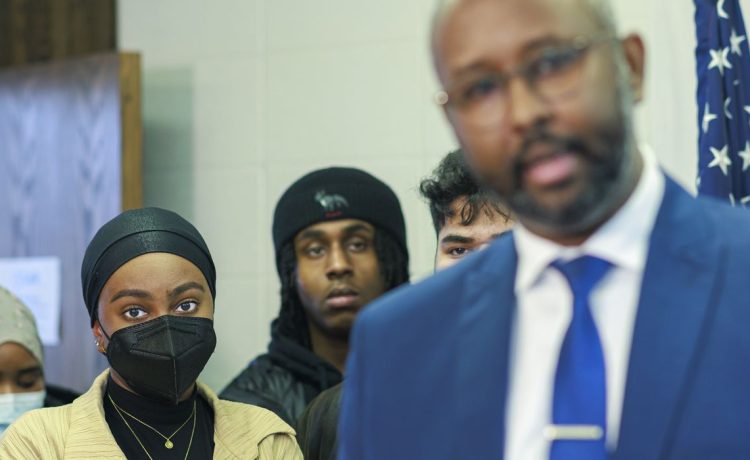 The Hamline University Board of Trustees announced it will review the school’s response to an allegation of Islamophobia that has placed the small Minnesota institution at the heart of a national debate over academic freedom.

The board entered the fray with the St. Paul university’s administration under fire for not renewing the contract of adjunct professor Erika Lopez Prater after a Muslim student complained about an Oct. 6 art history lecture that included images of Muhammad.

“The Hamline University Board of Trustees is actively involved in reviewing the University’s policies and responses to recent student concerns and subsequent faculty concerns about academic freedom,” said the statement posted Friday.

“Upholding academic freedom and fostering an inclusive, respectful learning environment for our students are both required to fulfill our Mission. We will move forward together and we will be stronger for it,” the board said.

The Foundation for Individual Rights and Expression [FIRE], which filed a complaint last week with the Higher Learning Commission, Hamline’s accreditation agency, said the board should “do the right thing and reinstate Professor Lopez Prater.”

“FIRE is heartened to see that Hamline’s Board of Trustees is reviewing the university’s actions. If Hamline administrators won’t respect faculty academic freedom, we hope the Board of Trustees will step in to ensure faculty rights are not infringed,” said the Monday statement.

Numerous academics and free-speech groups rallied behind Ms. Lopez Prater after the school’s administrators condemned the lecture as “undeniably inconsiderate, disrespectful and Islamophobic,” declaring that respect for Muslim students “should have superseded academic freedom.”

The University of Minnesota’s art history faculty weighed in Friday in support of the professor, saying she had no opportunity to respond to the administration’s “ill-informed and unfounded accusations.”

“The blame for the mishandling falls entirely to Hamline’s administration,” said the UMN faculty statement.

Hamline President Fayneese Miller insisted that Ms. Lopez Prater was not “let go” or “fired,” saying that the department simply declined to offer her another class.

She also argued that “academic freedom does not operate in a vacuum.”

“I ask those who presume to judge us the following questions: First, does your defense of academic freedom infringe upon the rights of students in violation of the very principles you defend?” Ms. Miller asked in a Jan. 11 statement. “Second, does the claim that academic freedom is sacrosanct, and owes no debt to the traditions, beliefs, and views of students, comprise a privileged reaction?”

Ms. Lopez Prater said she and her department chair began talking in late September about her teaching a spring course in Contemporary Art, and that she was told students had given her “glowing reviews.”

“Then the incident in my class unfolded, and by mid- to late October, my chair told me that my services were no longer needed for the spring,” she said in a Friday video roundtable hosted by Muqtedar Khan, international affairs professor at the University of Delaware.

The Hamline case perfectly encapsulates the problem with banning “hate speech.” Someone must decide what is hateful.

They may not be anyone you know, or they might have radically different standards of offensiveness than you or the rest of society. https://t.co/jMdC4OkdBn

The brouhaha has split Muslim groups.

The Muslim Public Affairs Council has come out in support of Ms. Lopez Prater, while the head of the Council on American-Islamic Relations’ Minnesota chapter denounced the lecture as Islamophobic and “hate speech.”

The CAIR national organization overrode the Minnesota chapter on Friday, saying that so far “we see no evidence that Professor Erika López Prater acted with Islamophobic intent or engaged in conduct that meets our definition of Islamophobia.”

Ms. Lopez Prater has stressed that she told students beforehand about the Muhammad images, which were made by Muslim artists in the 14th and 16th century, both in the course syllabus and shortly before displaying them during the online course.

As an adjunct professor who only recently earned her doctorate, Ms. Lopez Prater fell under higher education’s “most vulnerable category,” Mr. Khan said during the video panel that involved her.

“Basically, they have unleashed the fury of diversity and excellence upon the most vulnerable of people in academia, the most financially insecure and otherwise, too,” he said.