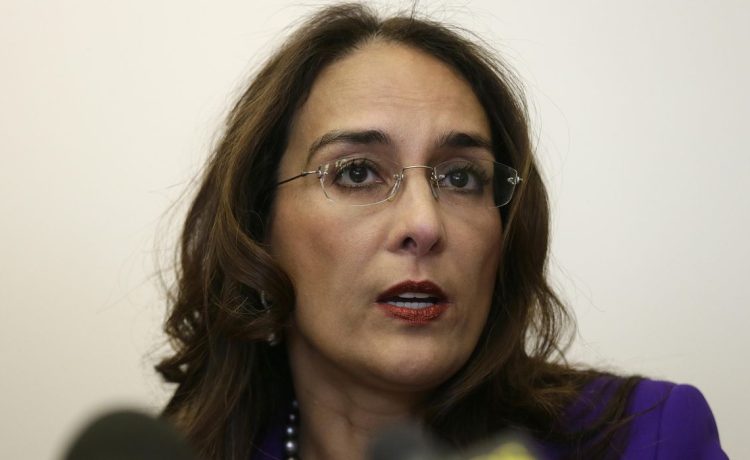 “Grassroots Republicans, donors, and fellow RNC members alike have been reaching out to me since the midterm elections seeking changes in Republican leadership,” said Ms. Dhillon, who was a legal adviser to the Trump 2020 presidential campaign, in a statement. “After successive disappointing election cycles, I believe we owe it to our voters to have an honest dialogue about the direction of our party and what needs to change for us to win in 2024.”

She said, “Americans are seriously suffering, and Republicans can only help if we win. I hope that we can unite as an RNC after hearing from actual Republican voters that they want — and demand — change, and I’m seriously considering stepping up to that leadership challenge.”

Ms. Dhillon is expected to announce her plans on whether to challenge Ms. McDaniel on the Fox News Channel’s Tucker Carlson Tonight, a source within the California GOP and close to Dhillon told The Washington Times.

“Are you concerned about the leadership of the Republican Party? If so watch Tucker Carlson Tonight where I will discuss!” she tweeted Monday.

Ms. McDaniel, however, already has the support of at least 100 of the 168 RNC members, including state GOP chairmen and national committeemen, according to an endorsement letter circulated among membership recently.

“From finding a new and fair platform for our nominee to debate, to ensuring a successful nominating process, to putting on a convention for the next President of the United States, the RNC needs a proven leader,” said David Bossie, an RNC committee member from Maryland. “A proven leader who understands that a healthy national party starts from the grassroots up. Ronna McDaniel is the leader we need.”

The election for chair, which is decided by a majority, is in late January in California at the RNC’s annual winter meeting.

Others have expressed an interest in challenging Ms. McDaniel.

Rep. Lee Zeldin, former New York GOP gubernatorial candidate, said Sunday on Fox News that Republicans need to explain to voters what they support, not just that they are against President Biden’s agenda.

He also wants to see Republicans spreading their message to deep blue Democratic areas of the country.

“I think it’s really important as we look forward that Republicans are not just saying that we’re against Joe Biden, there’s plenty to criticize Democratic party policies, but what do we stand for,” he said.

“Work ethic is key, and ensuring that we’re not just going to the places where we do the best to improve and increase Republican engagement and turnout, but to go to places where they haven’t seen Republicans in a really long time,” Mr. Zeldin said.

He plans to announce his plans to run for RNC chair immediately following the Georgia Senate runoff on Tuesday.

“My priority right here is that we need to send a message to everyone in Georgia. If you’re a Georgia voter, get out and vote for Herschel Walker on Tuesday, I don’t want to distract from that,” he said.

Last week, Mike Lindell, a strong ally of former President Donald Trump known as the “MyPillow Guy,” announced he, too, will run for chair of the RNC.

Mr. Lindell, who has questioned the legitimacy of the 2020 presidential election results, is under investigation by federal authorities for election tampering, and the FBI seized his phone in September. He says his bid for the RNC post was motivated by supporters who urged him to do so.

“One of the big donors said to me, ‘Mike, everybody wants you to be head of the RNC, some of them just don’t know it yet,’” the MyPillow founder and chief executive officer said.