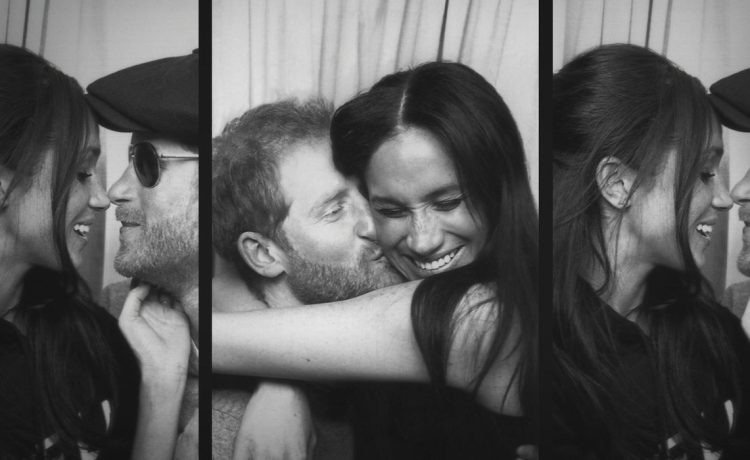 LONDON (AP) — Britain’s monarchy braced for more bombshells to be lobbed over the palace gates Thursday as Netflix released the first three episodes of a series that promises to tell the “full truth” about Prince Harry and Meghan’s estrangement from the royal family.

Promoted with two dramatically edited trailers that hinted at racism and a “war against Meghan,” the series “Harry & Meghan” is the couple’s latest effort to tell the world why they walked away from royal life and moved to Southern California almost three years ago. It is expected to expand on criticism of the royal family and British media delivered in a series of interviews over the past 18 months.

Netflix released the first three hour-long episodes on Thursday, with three more due Dec. 15. The documentary includes video diaries recorded by Meghan and Harry — apparently on their phones — in March 2020, amid the couple’s acrimonious split from the royal family and move to the United States.

Harry says in the footage that it’s “my duty to uncover the exploitation and bribery” that happens in British media.

In the documentary, Harry recalls the intense media interest in his late mother, Princess Diana, that clouded his childhood, and says: “To see another woman in my life who I loved go through this feeding frenzy – that’s hard.”

Harry and Meghan recount how they initially tried to follow palace advice to maintain silence about media coverage, even when they saw the treatment of the biracial Meghan as racist.

Harry said that other members of the royal family thought “everything that she was being put through, they had been put through as well,” and questioned why Meghan should be protected.

“I said ‘the difference here is the race element,’” Harry said.

A title at the beginning of the series says the royal family declined to comment.

The series comes at a crucial moment for the monarchy as King Charles III tries to show that the institution still has a role to play after the death of Queen Elizabeth II, whose personal popularity dampened criticism of the crown during her 70-year reign. Charles is making the case that the House of Windsor can help unite an increasingly diverse nation by using the early days of his reign to meet with many of the ethnic groups and faiths that make up modern Britain.

Harry’s 2018 marriage to the former Meghan Markle, a biracial American actress, was once seen as boosting the royal family’s effort to move into the 21st century, making it more representative of a multicultural nation. But the fairy tale, which began with a star-studded ceremony at Windsor Castle, soon soured amid stories that Meghan was self-centered and bullied her staff.

Harry and Meghan, the Duke and Duchess of Sussex, stepped back from royal duties and moved to California, alleging racist attacks by Britain’s tabloid media. Harry’s criticism of the media was tinged with anger over the way the press treated his mother, Princess Diana, who died in a car accident in 1997 while being followed by photographers. The couple’s new life in America has been funded by lucrative contracts with Netflix and Spotify.

Race became a central issue for the monarchy following Harry and Meghan’s interview with American talk show host Oprah Winfrey in March 2021. Meghan alleged that before their first child was born, a member of the royal family commented on how dark the baby’s skin might be.

Prince William, the heir to the throne and Harry’s older brother, defended the royal family after the interview, telling reporters, “We’re very much not a racist family.”

But Buckingham Palace faced renewed allegations of racism only last week when a Black advocate for survivors of domestic abuse said a senior member of the royal household interrogated her about her origins during a reception at the palace. Coverage of the issue filled British media, overshadowing William and his wife Kate’s much-anticipated visit to Boston, which the palace had hoped would highlight their environmental credentials.

Media attention was also diverted by Netflix’s decision to release the first trailer for “Harry & Meghan” in the middle of the trip.

The streaming giant has promised an “unprecedented and in-depth documentary series” in which Harry and Meghan “share the other side of their high-profile love story.’’

The program will be watched carefully in the U.K., where even the teasers were criticized for offering misleading images to back up the emotive narration alleging misogyny, unfair media treatment and racism.

In one section of the footage, clips of paparazzi are spliced together with old footage of Princess Diana being followed by the media as Harry says in a voiceover: “The pain and suffering of women marrying into this institution, this feeding frenzy. … I was terrified, I didn’t want history to repeat itself.”

However, one of the clips used to illustrate his words appears to show reporters and photographers waiting for TV star Katie Price arriving outside Crawley Magistrates Court, Sky News reported.

The second trailer also includes an indictment of the way palace officials use the press, which Harry described as a “dirty game.”

“There’s a hierarchy of the family,” Harry says, over an image of the royal family standing on the balcony of Buckingham Palace. “You know, there’s leaking, but there’s also planting of stories.”

That is followed by a picture of a photographer perched on another balcony as Harry and Meghan walk with their young son Archie down below. While the scene suggests the photographer was covertly snapping pictures of a private moment, the photo actually shows an accredited press photographer who was covering the couple’s meeting with Desmond Tutu in 2019.

Whatever the series reveals, palace officials hope to deflect the storm by portraying William and Kate as forward-looking young royals who are tackling difficult issues such as climate change and early childhood education, in contrast to Harry and Meghan, who are described by critics as merely celebrities selling their story to the media.

The BBC and the Daily Telegraph, one of Britain’s most influential newspapers, picked up on this theme in their coverage of William and Kate’s three-day trip to Boston, where they handed out environmental prizes, met with anti-violence campaigners and went to a basketball game.

“While Prince Harry and Meghan continued to paint themselves as victims, heads in hands, tearing their hair out at the unfairness of it all, the Prince and Princess were simply getting on with the job,” the Telegraph wrote.