Hatchets and radios: Smugglers prepare migrants for the dangers of border journey 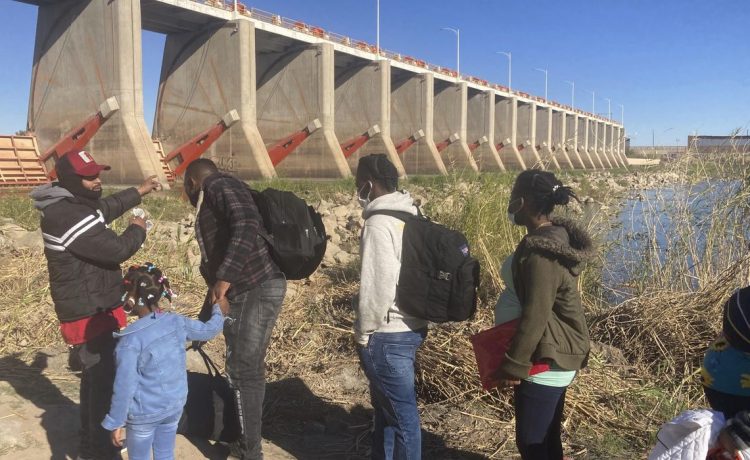 Call them smugglers with a heart.

When agents stopped a truck going through a Border Patrol highway checkpoint in Texas earlier this month they found 70 illegal immigrants in the semi-trailer — and walkie-talkie and two hatchets.

The smugglers had placed the radio and hatchets there to help the migrants call for help and break out of the trailer should they run into trouble.

It’s one response to the shocking story of migrants who became trapped in another trailer on a hot Texas day on June 27. Fifty-three of them would end up dead in what has become the worst border tragedy in recent memory.

The deaths reverberated across the smuggling community, with migrants themselves telling Border Patrol agents they heard about the tragedy and feared for their lives when they were loaded into trucks or car trunks to try to make their way from the border into the interior of the U.S.

Few, however, appear to have been deterred from attempting the perilous journey. The hatchet-sharing smugglers also appear to be a rarity, with most smugglers going about their deadly business with little change.

Just two days after the 53 deaths, agents nabbed another truck taking the same route from Laredo to San Antonio on another 100-degree day. Nearly two dozen illegal immigrants were stuffed behind a false wall in the truck, with one having fallen unconscious in the heat and had to be revived by emergency medical providers.

All along the border, agents continue to find smugglers risking the lives of illegal immigrants.

The U.N. reported in early July that the U.S.-Mexico border was the most dangerous international boundary crossing on the globe in 2021, and this year is keeping right on pace.

The devastating death toll has spurred a search for blame, and immigrant-rights groups say it belongs to the increasing get-tough approach to border security the U.S. has been pursuing for decades.

When it used to be easy to cross, migrants would come through urban areas, walking across on their own. They were almost always single adult men and many would stay for a picking season then head home, confident they could make the trip again the next season.

As the border hardened, it ushered migrants to harsher crossings, and they increasingly turned to “coyotes,” the smugglers who facilitate the trip. The cartels took notice and began to assert control, all of which pushed the price of the journey higher and made migrants view the trip less as short-term work and more as a lifetime investment.

A typical Mexican coming through Laredo and headed to San Antonio — the route taken by the 53 doomed migrants — will pay about $8,000 for the journey. Central Americans typically pay around $10,000 per person, though some have reported to agents paying as much as $19,000.

America’s Voice, an immigrant-rights group, says the people are going to come, and the U.S. must adjust its laws to welcome them more easily, or else the deaths will continue.

“We have long needed a new approach: to put smugglers and traffickers out of business, to expand legal channels for safe and orderly migration, to address and alleviate the root causes of forced migration, and to approach this through cooperation on a hemispheric basis rather than pretending these issues are mostly about our southern border,” said Douglas Rivlin, communications director at America’s Voice.

But Border Patrol agents say the current rising death toll is a matter of math: There are many more people coming right now, so many more are dying.

Rodney Scott, who served as chief of the Border Patrol at the end of the Trump administration and into the early months of the new administration, said President Biden’s team dismantled what had been an effective strategy to discourage the punish illegal crossings.

“The blood is definitely on the smugglers’ hands, but in this case, there’s also blood on this administration’s hands,” he said.

Two men have been charged for involvement in the 53 deaths — one accused of being the smuggling organizer and another whom authorities say was the driver. They tied him to the truck by going back to surveillance footage of the Border Patrol highway checkpoint on Interstate 35 between Laredo and San Antonio, spotting the man in the driver’s seat.

Those checkpoints are receiving renewed scrutiny in the wake of the tragedy.

Agents man dozens of checkpoints on highways across the southwest, creating a kind of second border miles from the international boundary. Migrants must break through the checkpoints if they want to go deeper into the U.S.

The checkpoints account for just 2% of Border Patrol arrests, according to an audit last month by the Government Accountability Office. Checkpoints are also responsible for most of the Border Patrol’s seizures of heroin and methamphetamine, and they accounted for half of fentanyl seizures from 2016 to 2020.

Smugglers meticulously track checkpoint operations, waiting for times when a contraband-sniffing dog isn’t on duty or traffic is too heavy for agents to inspect vehicles coming through.

It doesn’t help that the administration has had to shift agents away from checkpoint duties to process illegal immigrants being caught and released at the border, said Victor Manjarrez Jr., a long-time agent who now teaches at the University of Texas at El Paso.

“You may have a checkpoint open but you don’t have the staff you normally do. What the agent’s doing at that point is waiving people through because it becomes unsafe to do an inspection,” Mr. Manjarraz said.

Authorities haven’t revealed whether the doomed migrants were in the truck as it went through the Interstate-35 checkpoint, or whether they were on foot walking around the checkpoint, to be picked up by the truck once they were far enough away. That’s another common tactic smugglers use.

Mr. Manjarrez said that even given the workarounds and challenges, checkpoints are still worth it. But he said the only thing that will reduce deaths is cutting the number of people.