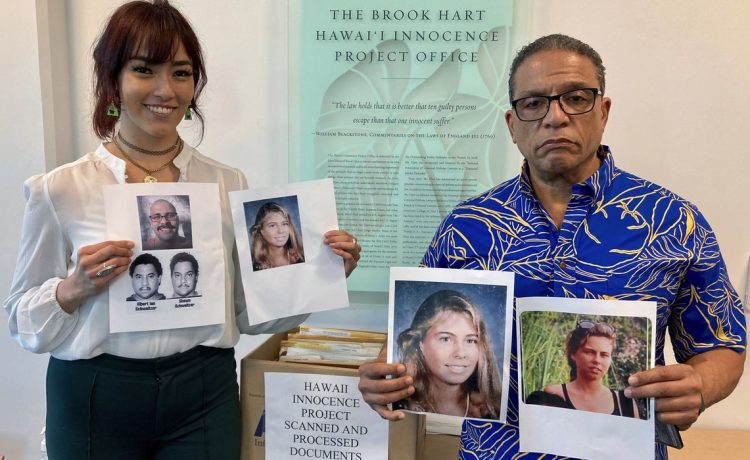 A Hawaii man convicted of a 1991 murder, abduction and rape of a Virginia tourist and sentenced to 130 years in prison in 2000 was released from an Arizona prison Tuesday. New examinations of tire tracks and DNA evidence cleared the man’s name.

“The state built its case on false informant testimony and misapplied forensic evidence. We are grateful to the Hawaii County Prosecuting Attorney for their collaboration during this re-investigation. The new scientific evidence is clear — Mr. Schweitzer did not commit this crime,” Innocence Project attorney Susan Friedman said in a release from the nonprofit.

A trio of new evidence helped exculpate Ian Schweitzer. Firstly, a re-examination of the scenes where Ireland and her bike were found showed that tire treads at both locations did not match Mr. Schweitzer’s Volkswagen.

A T-shirt soaked with Ireland’s blood was retested in order to acquire new DNA evidence, matching earlier DNA evidence belonging to an unknown man, rather than to one of the three men convicted for the crime.

“The new DNA evidence … conclusively proves a jury would likely reach a different verdict of acquittal,” Judge Peter Kubota told the court, according to KHNL-TV, a Honolulu NBC affiliate.

“My feelings were all over the place. Nerves, anxiety, scared,” Mr. Schweitzer told the AP about his feelings upon release. He mentioned that being back in Hawaii “tastes great.” Mr. Schweitzer was incarcerated in Arizona due to the lack of space in Hawaii’s prisons.