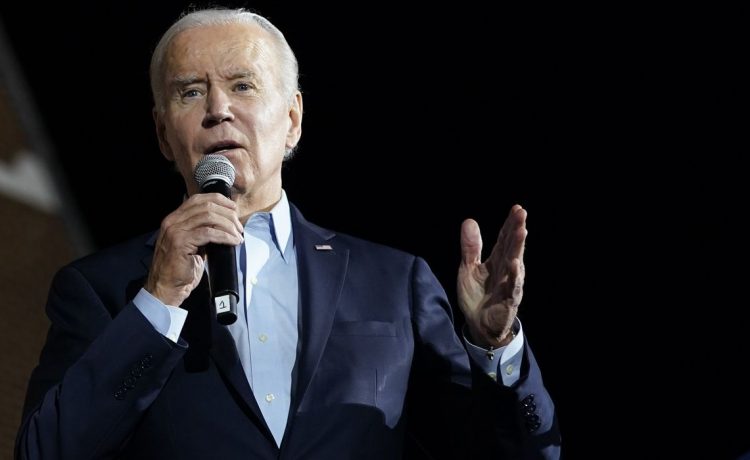 At least three hecklers were removed for shouting down President Biden during a rally for Democratic candidates Monday night in Maryland.

Mr. Biden joined Democratic gubernatorial Wes Moore at a theater hall at Bowie State University, a historically black college, to make a final push for the party’s candidates ahead of Tuesday’s midterm election.

“You’re a disgrace,” shouted a White male wearing a green shirt and glasses.

It was unclear if Mr. Biden heard the protester, but the crowd began to cheer loudly to drown him out. Staffers quickly ran up to the heckler, who was then escorted out.

A few minutes later, a second heckler who was wearing a top hat, began screaming at the president. The crowd began to shout down the man by chanting, “Let’s Go, Joe!”

“Don’t jump. You look crazy enough to jump,” Mr. Biden said looking at where the protester was seated in a balcony section of the theater.

The second heckler was removed when a third heckler began yelling about Russia. That heckler was also escorted out of the venue.

As many as four or five protestors had been removed from the rally.

It is the second time in as many days Mr. Biden was heckled as the intense 2022 midterm elections head into the final stretch.

Speaking at Sarah Lawrence College in Yonkers, New York, Mr. Biden was interrupted by one protester who was also escorted out of the venue.