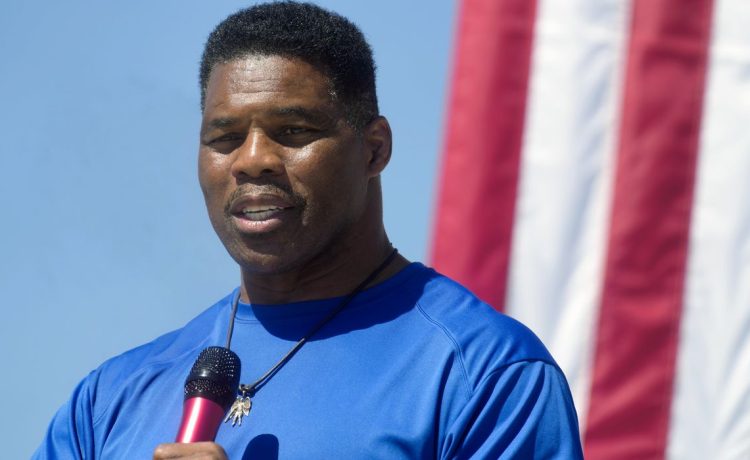 Herschel Walker is hoping a diverse cast of GOP leaders and activists can help push him over the finish line in his runoff race against Democratic incumbent Sen. Raphael Warnock.

Mr. Walker, after a weekend break from campaigning, returned to the trail Monday alongside Ben Carson, a former Secretary of Housing and Urban Development in the Trump administration. On Tuesday, Mr. Walker is slated to get a helping hand from Ronna McDaniel, chair of the Republican National Committee, and Sen-elect Markwayne Mullin of Oklahoma.

They are part of a growing list of Republican politicos rushing to Mr. Walker’s side for a race that has become a hard slog for the football legend after he finished narrowly behind Mr. Warnock in the Nov. 8 general election.

Neither candidate, however, captured the 50% of the vote needed to avoid a Dec. 6 runoff election.

Mr. Walker has had a helping hand in the runoff from Sens. Tim Scott and Lindsey Graham of South Carolina, Sen. Ted Cruz of Texas, and Rick Scott of Florida. He’s also campaigning with Republican state officials, most notably Gov. Brian Kemp, who steered clear of Mr. Walker in the general election to focus on his reelection race for governor.

However, former President Donald Trump has been missing in action in the runoff race. His absence is notable given he pressured Mr. Walker to return from Texas to his native Georgia to run for the Senate seat.

Both the Walker and Warnock campaigns are mounting a final all-hands-on-deck push to get out voters for Dec. 6 election.

“At the end of the day, it is always going to be turn out,” said Jay Williams, a Georgia-based GOP strategist.

Mr. Williams said he has noticed the Warnock campaign has been running positive campaign ads, signaling his campaign is confident he is well-positioned.

“I don’t think they would be running the types of ads they are running if they felt like he was really desperate,” he said.

Mr. Warnock scored a legal victory last week when a Fulton County judge ruled that the secretary of state cannot prohibit counties from voting on the Saturday after Thanksgiving, siding with the Warnock campaign, the state Democratic Party and the Democratic Senatorial Campaign Committee in the lawsuit.

More than 180,000 votes have been now been cast in the runoff race, according to news reports.

Mr. Warnock on Monday sought to energize young voters with events at Morehouse College and Kennesaw State University before holding a rally in Cobb County featuring musician Dave Matthews, who this election cycle has become a road warrior for Democrats looking to jazz up voters.

Former President Barack Obama has been the biggest draw for Democrats, and he plans to return to Georgia later this week on behalf of Mr. Warnock.

Mr. Walker is also set to get some help from The American Principles Project PAC, a conservative group that announced it is investing $220,000 to target rural voters on behalf of Mr. Walker.

“The 2022 midterms are headed into overtime in Georgia,” said Terry Schilling, president of the American Principles Project. “And the stakes could not be higher: over the last couple of years, Sen. Raphael Warnock has gotten fully behind Democrats’ radical, anti-family agenda which would inject sexual topics into our schools, force girls to compete against boys in sports, and push dangerous sex-change procedures on kids.”

The national focus on the race has faded since Senate Democrats managed to hold the majority by beating several candidates backed by former President Donald Trump in crucial races.

Democrats say a Warnock win would serve as another rejection of Trumpism. It also would give the party a tiny buffer heading into the 2024 election where the Senate map favors Republicans.