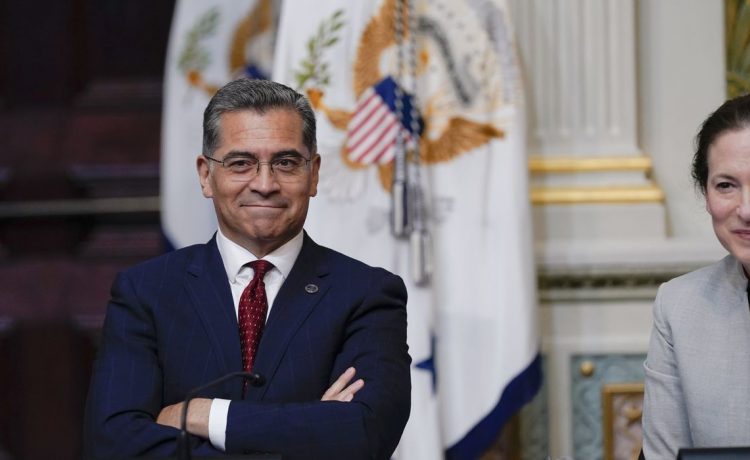 Health and Human Services Secretary Xavier Becerra and a Michigan senator hit the road Tuesday to promote President Biden’s efforts to bolster Obamacare and allow Medicare to negotiate down the price of some drugs, saying Democrats are on the cusp of major health care wins in a midterm year.

Mr. Becerra said his agency is ready to implement the changes, which were written into the tax and climate bill that passed the evenly divided Senate with a tie-breaking vote from Vice President Kamala Harris on Sunday.

The legislation is expected to clear the Democratic-controlled House and reach Mr. Biden’s desk.

“Now, it’s up to us at HHS to execute. To put this into practice, to roll it out,” Mr. Becerra said at Henry Ford Hospital in Detroit alongside Sen. Debbie Stabenow, Michigan Democrat. “We’ve been preparing for this for months.”

Mr. Biden is grappling with low approval ratings due to soaring consumer costs and has struggled at times to get a positive message out to voters.

The Democratic legislation hurtling through Congress would allow the government to negotiate the prices of dozens of higher-cost prescription drugs covered under Medicare. Democrats have been trying for years to introduce price negotiation into the program for seniors.

“We’ve never had that authority, and it’s on its way,” Mr. Becerra said at Henry Ford Hospital in Detroit.

Mr. Becerra also used his stop in Michigan, a swing state that features a governor’s race this year, to trumpet provisions that would make Obamacare more attractive and rein in insulin costs, a key concern for seniors on fixed incomes.

Under the new bill, supersized subsidies for people who qualify for insurance through the Affordable Care Act will be extended through 2025 instead of expiring at the end of this year.

The bill also includes a $35 cap on monthly insulin costs for seniors on Medicare. For years, diabetes sufferers have complained to lawmakers about trade-offs they have to make to afford life-saving medicine.

Democrats tried to extend the $35 cap to persons on private insurance, but the Senate parliamentarian ruled it out of order in the budget-related bill that Mr. Biden’s allies used to pass the legislation without GOP votes.

Senate Majority Leader Charles E. Schumer, New York Democrat, said he plans to bring up the $35 cap again so that Republicans are forced to vote on it in a mid-term year.

The pharmaceutical industry, meanwhile, said the price-negotiation provision in the Democrats’ bill is a “tragic loss” for patients and it is not too late to go back to the drawing board and hammer out bipartisan reforms instead.

The industry says the provision will fix prices, not negotiate them, and stifle innovation in the biomedical sector.

“Once the government can set prices for life-saving medicines, it will demand even more control over the health care of American patients and the collateral damage from this bill will only grow,” Stephen J. Ubl, president and CEO of the Pharmaceutical Research and Manufacturers of America (PhRMA).

Ms. Stabenow on Tuesday dismissed those concerns. She said the measure puts Medicare on par with the Department of Veterans Affairs after years of objections from Big Pharma.

“Medicare is going to start negotiating prices just like the VA,”  she said. “Seems like a no-brainer but it’s been tough to get done because of the fight from the drug companies.”