HHS secretary Becerra: U.S. cannot afford to fall behind in race against monkeypox 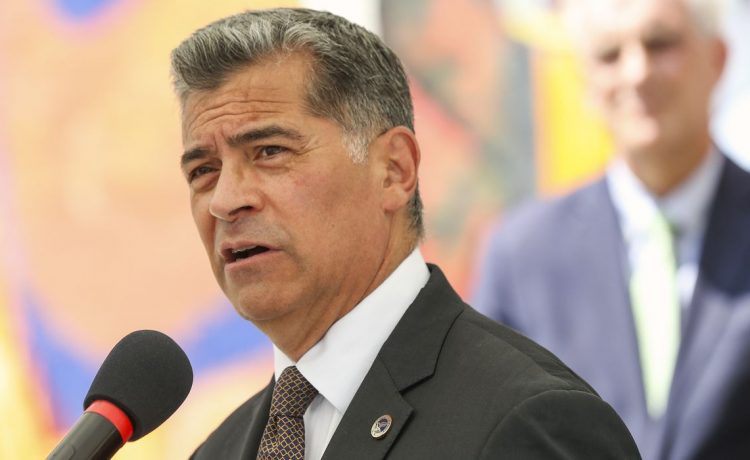 The Biden administration pledged Thursday to “stay ahead” of the monkeypox virus and speed an additional 786,000 doses of the Jynneos vaccine for the disease to states that need it the most.

Health and Human Services Secretary Xavier Becerra said the doses from the Bavarian Nordic company come on top of the 338,000 doses that already have been delivered to the states.

Clinics in New York City and elsewhere have demanded greater vaccine supplies to keep up with demand, saying they are running out of vaccines and in some cases deciding to offer an initial dose without guaranteeing the second shot in the series.

“You can’t end it if you’re falling behind. Our task is to stay ahead of it,” Mr. Becerra told reporters in a briefing call. “We cannot let this get out of control.”

Mr. Becerra said his department is working with states to try and corral a disease that shows no signs of slowing.

Monkeypox is endemic to parts of Africa but it has been spreading in the U.S. and dozens of other non-endemic countries since mid-spring. It is rarely fatal but features a painful rash.

The U.S. has recorded over 4,600 cases — including over 1,200 in New York, which is considered the epicenter of the outbreak.

The virus can spread to anyone through close personal contact, though health officials said 99% of cases in the U.S. occurred in males and the “vast majority” of them reported male-to-male sexual contact.

The Centers for Disease Control and Prevention said they are tweaking their criteria for distributing the doses so that places with high shares of at-risk persons get more doses. The evaluation will include concentrations of men who have sex with men or the number of people eligible for HIV PrEP drugs.

Mr. Becerra has stopped short of declaring the monkeypox outbreak a public health emergency, which would free up new authorities to combat the disease. He is facing pressure to declare everything from gun violence to abortion access an emergency, so he is treading warily so the designation isn’t over-used.

“We continue to monitor the response through the country on monkeypox,” he said. “We need to stay ahead of this and be able to end this outbreak.”

He pointed to progress on testing, which is rooting out more cases. The country can process 60,000 to 80,000 tests per week, up from about 6,000 at the start of the outbreak in mid-spring.

Mr. Becerra said 10,000 patients have received a treatment known as T-POXX but it is working to distribute 1.7 million courses in the national stockpile.

On top of the 1.1 million vaccine doses HHS has in hand, officials plan to acquire several million more in the coming months, bringing its allotment to 6.9 million by mid-2023.

The World Health Organization on Wednesday advised men who have sex with men to reduce their number of sex partners to limit their exposure to the virus.

WHO Director-General Tedros Adhanom Ghebreyesus also told them to reconsider sex with new partners, or to exchange contact details with any new partners “to enable follow-up, if needed.”

On the Thursday call, Mr. Becerra spoke more generally about the need for all Americans to do their part to control the virus. He said that includes states that haven’t fully reported their vaccine-distribution data.

“Everybody’s got to take the oar and row,” Mr. Becerra said. “We need them to work with us.”

Roughly 20,000 people have been infected with monkeypox in 77 countries during this year’s outbreaks.

The CDC released additional demographic data on the U.S. outbreak. The median age of those infected is 35 and 37% of affected persons are non-Hispanic White; 31% are Hispanic; 27% are Black; and 4% are Asian.

Nearly all patients — 99% — have reported a rash followed by symptoms such as malaise, feeling tired, fever, swollen lymph nodes, chills and muscle pain, according to Capt. Jennifer McQuiston, deputy director for high-consequence pathogens at the Centers for Disease Control and Prevention.

“We expect the number of reported cases to go up in the coming days and weeks,” she said.