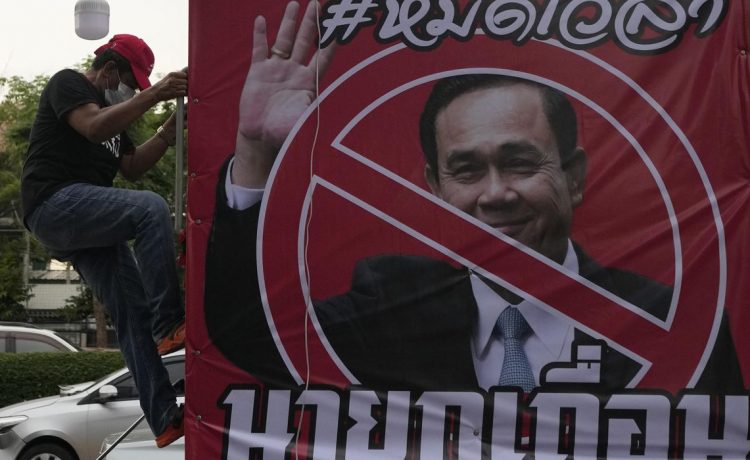 BANGKOK, Thailand — Thailand’s top constitutional court “suspended” Prime Minister Prayuth Chan-ocha from office on Wednesday, immediately replacing him with his deputy, while judges decide when the authoritarian Mr. Prayuth’s term as prime minister should end after he seized power in a 2014 coup and won a 2019 election.

The new acting Prime Minister Prawit Wongsuwon, 77, was expected to continue Mr. Prayuth’s domestic policies and announce no major changes in international relations. Many expect Mr. Prayuth to soon be back in charge, but the ruling has raised a rare moment of uncertainty in the clash between the regime and its political opponents.

Mr. Prawit was a former army chief and is an influential political operator among conservatives. He was senior among six deputy prime ministers, and had participated in the coup along with Mr. Prayuth.

It was not known when the Constitutional Court would issue a final and binding ruling on the opposition’s petition, which seeks to oust Mr. Prayuth and stage fresh elections. Mr. Prayuth’s opponents say his term as prime minister legally expired on Wednesday —  eight years after his Aug. 24, 2014 military coup which toppled an elected civilian government when Mr. Prayuth was army chief.

That junta had named Mr. Prayuth prime minister without a popular vote in 2014 when he retired as army chief.

In 2017, he orchestrated a new constitution limiting a prime minister’s term to four years, with a total eight years if reelected.

His opponents insist he has now ruled as a prime minister for eight years — unelected plus elected. But his supporters insist he should remain as prime minister because his time as a civilian in that office began in 2019 when his coalition won a parliamentary election. The Constitutional Court voted 5-4 to suspend Mr. Prayuth’s term while judges decide on the petition which was submitted by 171 opposition parliament members.

“I am very pleased. Gen. Prayuth has stayed for a long time and had no vision to develop the country at all,” Wuttichai Tayati, a 28-year-old who works in marketing, told the Associated Press while protesting in Bangkok on Wednesday. “At least taking him out for now might make Thailand move forward a bit.”

Mr. Prayuth’s approval ratings have plunged over economic troubles and questions of the government’s handling of the COVID-19 pandemic. Two year ago, thousands of Thais staged public protests demanding the government step down, the constitution be re-written and even the long-sacrosanct monarchy be reformed.

But the powerful Mr. Prayuth is not entirely sidelined: “Prayuth can still carry on as defense minister, a portfolio he holds concurrently,” another deputy prime minister, Wissanu Kreangam, told reporters.

Mr. Prayuth has 15 days to respond to the decision. He earlier indicated he would comply with the court.

During Mr. Prayuth’s eight years in power, he curbed free speech, political dissent, civilian trials and other basic rights. He also voiced menacing threats against journalists, allowed opponents to be jailed, and presented himself as a humble altruist. A bulwark ally of Washington for decades in the region, bilateral ties cooled during the Obama administration only to warm again under President Trump.

The Biden administration has tried to keep the positive momentum, but Bangkok under Mr. Prayuth has proved skillful at playing off the U.S. and China in their struggle for friends, influence and markets across Southeast Asia.

Opposition parties’ candidates may face difficulty if the court decides in Mr. Prayuth’s favor, restores him to the prime minister’s post, and allows him to run for reelection.

But if the petition ousts Mr. Prayuth, the opposition may push for an amnesty to allow the return of two fugitive former prime ministers, Thaksin Shinawatra and his sister Yingluck Shinawatra, who fled the country to escape corruption convictions.