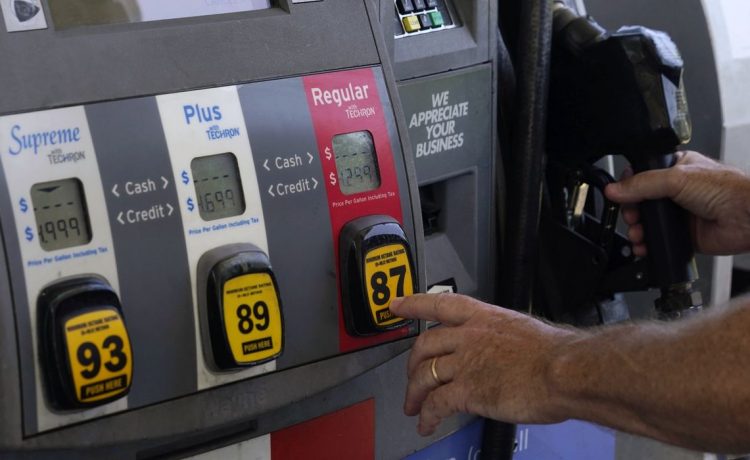 Inflation is hitting hardest in states with key Senate races such as Georgia, Arizona and Florida, giving Republicans broad appeal in the final weeks of the campaign while Democrats cling to a narrower abortion-rights message.

The Phoenix metropolitan area has the highest inflation rate in the nation at 13%, the worst of any U.S. city in more than 20 years and twice as high as the rate in San Francisco. It’s a high hurdle for Democratic Sen. Mark Kelly of Arizona as he tries to fend off a challenge from Republican Blake Masters.

“They caused this crushing inflation, and it’s ruining people’s lives,” Mr. Masters said of Mr. Kelly and President Biden in a debate last week. “Joe Biden is spending like a drunken sailor, and at every opportunity, Mark Kelly says, ‘Yes.’”

The second-highest inflation in a U.S. metropolitan area is Atlanta, where consumer prices are 11.7% higher than a year ago, according to a survey by WalletHub. Nationally, the inflation rate in August was 8.2%.

Democratic Sen. Raphael Warnock of Georgia seemed at a loss for words Monday when a reporter asked why voters should give him “another chance” after two years of Democratic control amid historic inflation.

Mr. Warnock paused for several seconds before responding, “We are still in the throes of a pandemic that dragged on for more than two years.” The president, however, declared the pandemic “over” last month.

Mr. Walker, who trails Mr. Warnock by 3 percentage points in averages of polling, pointed to the incumbent’s votes for the $433 billion Inflation Reduction Act and the $1.9 trillion American Rescue Plan.

“Right now families are hurting. And they are hurting because of the bills and the laws you are passing,” Mr. Walker told his rival.

The third-and fourth-highest metropolitan areas for inflation are Tampa and Miami in Florida, where Democratic Rep. Val Demings is campaigning to defeat Republican Sen. Marco Rubio. Mr. Rubio holds a lead of 4.7 percentage points in the Real Clear Politics average of recent polls.

And the seventh-highest metropolitan area for inflation is Denver, where Democratic Sen. Michael Bennet is running for reelection against Republican Joe O’Dea. Mr. Bennet leads by an average of 7.7 points.

The Senate is divided 50-50, with Vice President Kamala Harris providing the tie-breaking vote and giving Democrats control of the chamber.

Inflation and the economy are voters’ top concerns by far in recent polls. In a New York Times/Siena College survey released Monday, 26% of respondents cited the economy and another 18% chose inflation as their No. 1 issue.

Abortion rights, which Democrats have made a central theme of the midterm elections, rates much lower among voters’ worries. It was at 5% in the Times/Siena poll, ranked as the 7th-most-important issue in a recent CBS poll, and came in sixth in a recent Fox News survey.

But the president pledged on Tuesday that his top priority in January will be signing legislation to enshrine into federal law the nationwide abortion rights that the Supreme Court overturned last summer with the reversal of the Roe v. Wade ruling of 1973. Mr. Biden made no effort to hide his attempt to boost Democratic turnout.

“If you care about the right to choose, then you have to vote,” the president said.

Tiffany Smiley, the Republican nominee for Senate in Washington state, said of the president’s pledge, “Our economy is sliding into recession, deadly narcotics are pouring through our southern border, crime has a chokehold on our communities — but President Biden’s top legislative priority tackles none of these crises.”

White House aides said the president also has been promoting initiatives to lower the cost of health care and gasoline. On Wednesday, Mr. Biden is expected to announce another release of oil from the Strategic Petroleum Reserve to lower prices at the pump.

Democrats are at a disadvantage in the final weeks of the campaign because of scattered messages to voters, according to Patrick Murray, director of the independent Monmouth University Polling Institute.

“Democrats are all over the place when it comes to their key issues,” Mr. Murray said in a statement. “This makes it difficult for the party to create a cohesive messaging strategy to motivate its base. Republicans, on the other hand, just have to hammer away at rising prices and ‘the wolf is at the door’ to get their voters riled up. A major problem for Democrats is their base messaging doesn’t hold as much appeal for independents as the GOP issue agenda does.”

Republican candidates and political groups have heavily outspent Democrats since Labor Day on TV ads focused on the economy and inflation — $44 million by Republicans, compared with $12 million for Democrats. The Democratic total was less than 7% of the party’s total ad spending during that time.

Democratic pollster Stan Greenberg warned that Democrats could lose in November if they fail to emphasize their plans for lowering prices.

“Democrats must win an economic argument against the Republicans, and one of the top priorities must be to inform voters that we can help ordinary people with the high cost of living,” Mr. Greenberg said in a video for the progressive non-profit More Perfect Union. “And this is a volatile moment, as two-thirds of the country think we are on the wrong track. There is a real danger that Democrats could lose if we talk up this good economy and discuss the legislation we’ve passed through Congress without first making clear that we’re running on an agenda that will continue to deal with the high cost of living.”

The White House doubled down on Mr. Biden’s claim that Republicans will only worsen inflation if they gain control of Congress because they will repeal some of the Democrats’ initiatives.

“The common theme of the economic agenda congressional Republicans want to force on the country is fueling inflation with handouts to international corporations and the wealthiest taxpayers, all on the backs of hardworking families,” said White House spokesperson Andrew Bates. “First they want to throw gasoline on the international fire of inflation by increasing energy costs, health care costs, prescription drug costs, and the deficit; then they want to compound that damage with another round of trickle-down tax welfare. The only constituency in the country who would support this is rich special interests.”

GOP gubernatorial candidates also are seizing on inflation in Senate battleground states. In Arizona, Republican nominee Kari Lake is proposing to eliminate a rental tax and grocery taxes to ease the sting of high prices.

In Georgia, Republican Gov. Brian Kemp said in a recent debate that Democratic rival Stacey Abrams would join her party in making inflation worse if elected.

“My desire is to continue to help [voters] fight the 40-year-high inflation and high gas prices and other things that our Georgia families are facing right now, quite honestly, because of bad policies in Washington, D.C., from President Biden and the Democrats that have complete control,” Mr. Kemp said.