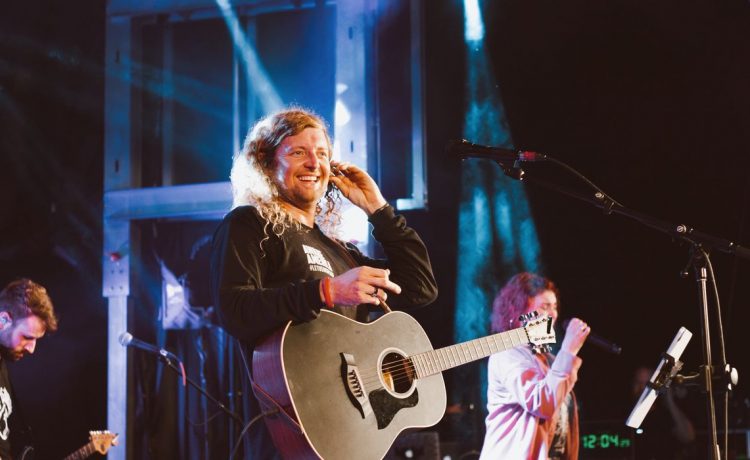 Sean Feucht, the Christian rocker anointed a “Holy Troller” last month by Rolling Stone magazine, says such brickbats “kind of [get] me excited” because they draw the curious to what he says is just a message of hope.

“It causes a lot of people to go, ‘OK, what is this guy really doing? Let’s go to his events. Let’s see what’s happening. Let’s look under the hood,” Mr. Feucht said in a recent interview. “We’ve had so many amazing testimonies of people who wanted to come either to persecute us or investigate us, and God touches them at our meetings.”

You might not find Mr. Feucht’s music on the Billboard charts, but four of his “Let Us Worship” albums have hit the No. 1 spot on iTunes’ Christian Worship category, with three “ranking number one over every genre in the world for multiple days in a row” on the Apple music service, according to his website.

He’s just released “Bold: Moving Forward in Faith, Not Fear,” which Salem Books picked up after HarperCollins — and another publisher Mr. Feucht did not name — rejected the title. And on Aug. 19, a documentary about his concerts held against pandemic-engendered restrictions, “Superspreader,” will be shown in select theaters across the country.

The book, he said, is designed to help Christians defend their beliefs in a world that has largely turned against things such as a strong stance on marriage and sexuality, citing the House’s passage of the Respect for Marriage Act, now pending in the Senate, as a bellwether issue. The measure would enshrine same-sex unions in federal law.

“I just think at some point we have to raise our hand up and say this is crazy,” he said. “And not only is this crazy, [but] we are not going to comply with your demands to force us and manipulate us into agreeing and celebrating something that we don’t believe is right … They don’t want peace, they want compliance.”

Resisting such demands might exact a price from Christians, he conceded.

Mr. Feucht, who turns 39 on Aug. 15, lives in California with his wife Kate and their four children. He finished third in the Republican primary for California’s 3rd Congressional District seat in 2020.

He’s been linked to former President Donald Trump and criticized for holding concerts and other events in defiance of COVID-19-related bans on gatherings. A website called NewsCafe accused him of “grooming” believers in Generation Z “for far-right Christianity.”

He dismisses his critics as trolls and says his YouTube channel and Facebook page contain video archives of his meetings that anyone can view for themselves.

“You could go right now in a deep dive and watch every service we’ve ever done across America,” Mr. Feucht said. “You can see for yourself; they’re not political. They’re not brainwashing. We’re literally out there in the cities worshipping God and inviting people to have hope again.”