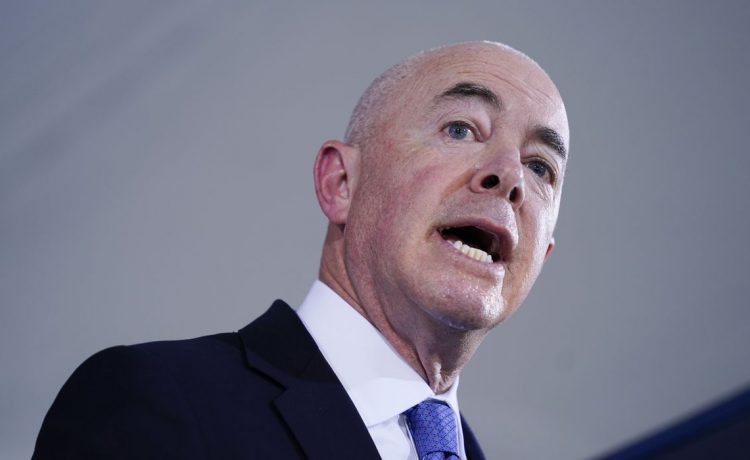 Homeland Security Alejandro Mayorkas on Sunday defended inspections at the U.S.-Mexico border, but he struggled to explain how a truck got through a checkpoint packed with dozens of migrants who died in the Texas heat.

“These are very sophisticated transnational criminal organizations,” Mr. Mayorkas told CBS’ “Face the Nation.” “Can a truck get through — through sophisticated means? Sometimes, yes.”

More than 50 migrants died in the truck found Monday on a country road in San Antonio.

The fatalities marked one of the worst tragedies in border history and ignited a search for answers to the growing migrant death toll under President Biden.

Mr. Mayorkas said 10,000 to 14,000 vehicles pass through the Laredo checkpoint each day but he could not say how this truck made it through.

“I think the facts are still under investigation, it’s a criminal case,” he told ABC’s “This Week.”

Yet the southern border has set records for chaos under Mr. Biden, who reversed several get-tough policies of the Trump administration.

Illegal migration quickly soared and has remained at a record pace in the 17 months since Inauguration Day, defying Mr. Biden’s insistence that the numbers were seasonal and nothing out of the ordinary.

Mr. Mayorkas on Sunday implored migrants not to make the perilous journey north.

“They put their lives, their life savings, in the hands of these exploitative organizations, these criminal organizations that do not care for their lives and only seek to make a profit,” Mr. Mayorkas told CBS.