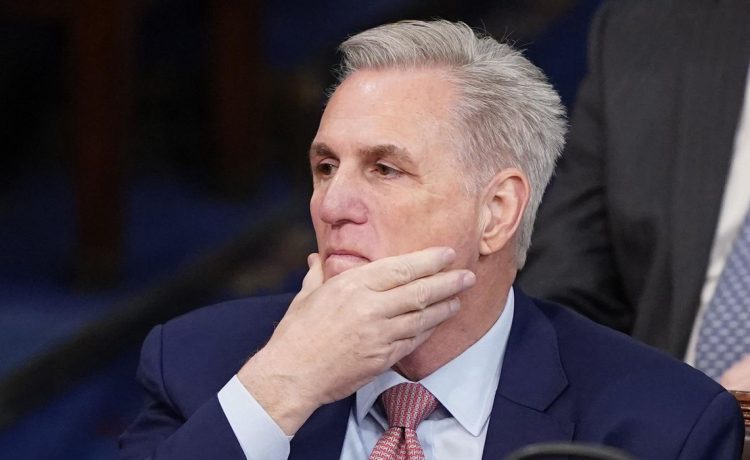 House lawmakers Tuesday adjourned the opening day of the 118th Congress stymied by GOP infighting over the speaker’s gavel, which left the chamber in limbo and unable to organize for the legislative session.

After three ballots, Republican leader Kevin McCarthy of California was unable to garner the majority of votes needed to win the speaker’s gavel thanks to a group of GOP lawmakers who are seeking a more conservative alternative.

Nineteen Republicans voted against Mr. McCarthy in the first two rounds of votes. Another joined the anti-McCarthy cause in the third round for 20 votes against him becoming speaker.

Without a speaker elected, the House adjourned until noon Wednesday.

The inconclusive vote not only hobbled the GOP’s first day in the majority but also halted the House from beginning the legislative session and from swearing in the 434 members.

With no speaker or subsequent organizing, the chamber is operating under the authority of the House clerk from the preceding Congress,  Cheryl L. Johnson, who was appointed most recently in 2021 by then-Speaker Nancy Pelosi, a California Democrat.

Ms. Johnson will preside over the chamber until a speaker is elected, and Mr. McCarthy acknowledged Tuesday it could take a while.

When a reporter suggested it may take days to determine a speaker, Mr. McCarthy responded, “It could.”

Mr. McCarthy held talks with smaller groups of Republicans all day Tuesday and into the evening, trying to negotiate against the demands of conservatives, who want guarantees such as a vote on term limits, consideration of a balanced budget and a pledge to take up legislation on a national sales tax.

Tuesday’s unsuccessful vote was the first time since 1923 that multiple ballots were required to elect a speaker.

Mr. McCarthy told reporters Tuesday he does not plan to step aside, despite calls by his conservative opponents that he give up trying to win the gavel.