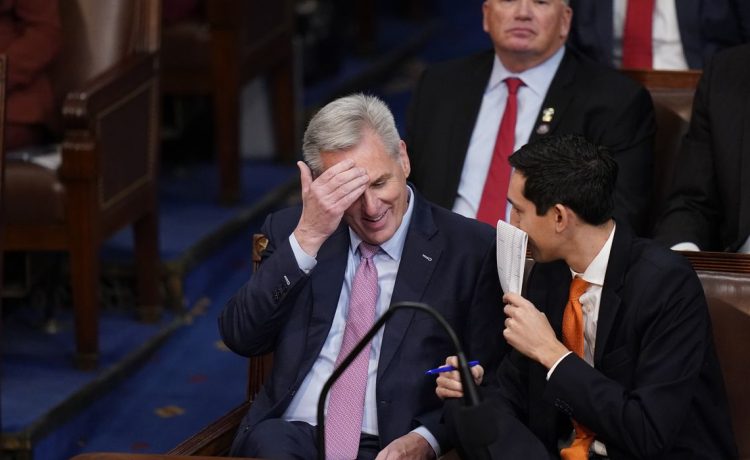 The House voted to adjourn until 10 p.m. Friday as Republicans scrambled for the last votes that will finally get GOP Leader Kevin McCarthy to the 218 he needs to become speaker.

After receiving 214 votes on the 13th ballot of the week, Mr. McCarthy told reporters he will get enough support to put him over the top later Friday night.

The House voted 220 to 212 to adjourn, giving Republicans more time to negotiate with the remaining six holdouts against Mr. McCarthy and allow two absent supporters to return to Washington.

Reps.-elect Ken Buck of Colorado and Wesley Hunt of Texas were not present at Friday’s votes for personal reasons, but are expected to return later in the evening.

Mr. McCarthy, California Republican, needs at least two more flips, or one flip and a “present” vote, or three or more “present” votes if he isn’t able to flip any more defectors.

After moving into the fourth day of a stalemate over electing a speaker, Mr. McCarthy secured 14 holdouts to flip their vote for him after ongoing negotiations.

She originally voted for Mr. McCarthy on the first day of voting.