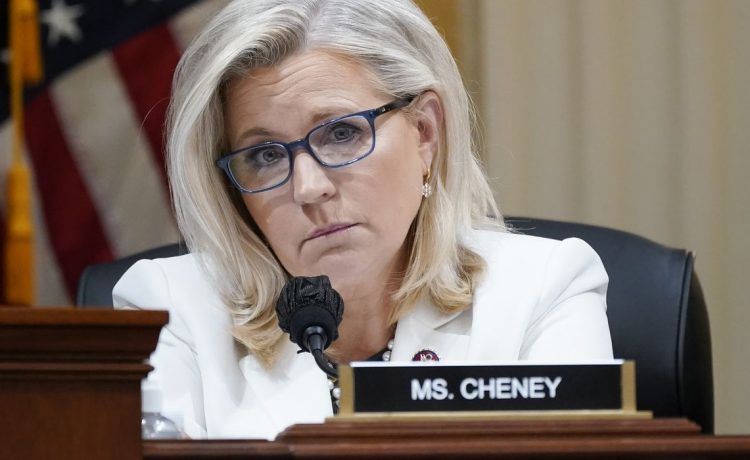 Rep. Liz Cheney landed a blow aimed at former President Donald Trump on Wednesday with the House’s passage of her bill to rewrite the rules for certifying presidential elections — a legislative rebuke of his protests of the 2020 election results.

In a near party-line 229-203 vote, Ms. Cheney was joined by just eight other Republicans in sending the bill to the Senate.

Ms. Cheney, Wyoming Republican, and her Democratic colleague on the House Jan. 6 committee, Rep. Zoe Lofgren of California, authored the bill to overhaul the Electoral Count Act in a bid to ensure the U.S. does not again return to the brink.

“This bill is a very important and crucial bill to ensure that what happened on January 6 never happens again,” Ms. Cheney said on the House floor Wednesday. “It saddens me, madam speaker, that my colleagues on this side of the aisle, continue to play politics.”

“I urge my colleagues to recognize that when you defend the indefensible, slowly by slowly you chip away at the great foundations of this republic,” she said. “You chip away at those very things that were sworn to protect.”

Ms. Cheney lost the Republican primary in a landslide on Aug. 16 because the state’s GOP voters were outraged by her unrelenting anti-Trump stance.

The bill, likely her last piece of legislation before leaving Congress, included four changes to the 1887 law that Ms. Cheney said would fix vulnerabilities Mr. Trump attempted to exploit after losing at the polls.

The legislation would reaffirm that the vice president has no authority to materially influence Congress’ electoral count while presiding over the proceedings.

The bill also would narrow the scope of objections to electoral slates that may be raised by lawmakers and increase the threshold for lawmakers to trigger a vote on the results.

Another change would be requiring courts to get involved if state or local officials attempt to delay a presidential vote or refuse to certify election results.

House Republican leaders lobbied against the bill saying the reforms would take rights away from states.

Rep. Guy Reschenthaler, Pennsylvania Republican, called the bill “an attempt to federalize our elections” and said average Americans are more concerned with the economy rather than election law.

“In my area of Pennsylvania, nobody is talking about this,” he said.

Other Republicans said the bill was merely a political ploy to attack Mr. Trump.

The Senate is moving on a similar, bipartisan bill introduced over the summer that is expected to gather enough Republican support to overcome a 60-vote threshold in the evenly-split chamber.

The bill currently under consideration in the upper chamber, however, is less expansive than the House’s and the two chambers will need to smooth out key differences before passing a final bill.