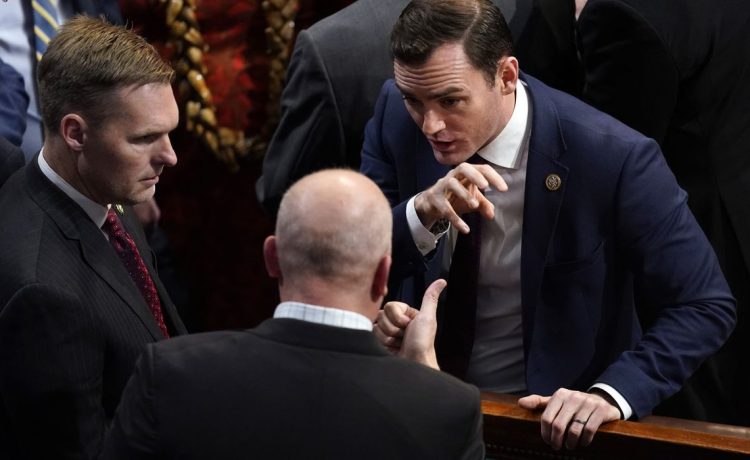 The incoming chairman of the new House’s tough-on-China committee is putting Big Tech, Disney and NBA executives on notice as the panel prepares a probe into the Chinese Communist Party’s growing influence within the U.S.

Rep. Mike Gallagher, who will oversee the House Select Committee on Strategic Competition between the U.S. and the Chinese Communist Party, said American firms that fail to cooperate with the panel do so “at their own peril.”

“Consider this me giving them the initial warning order that they’ll have to testify before the committee,” Mr. Gallagher, Wisconsin Republican, said Wednesday on “The Hugh Hewitt Show” when asked if he would call Walt Disney CEO Bob Iger and NBA Commissioner Adam Silver before the committee.

“I think it drives the American people crazy when they see the NBA bending the knee to [Chinese President] Xi Jinping,” Mr. Gallagher said.

He said similar corporate kowtowing offers a “preview of what’s going to happen to the rest of our domestic industries if we allow the Chinese Communist Party to control the commanding heights of technology and the economy.”

He also warned Big Tech executives that they would be under scrutiny.

Mr. Gallagher said he wants to allow the companies to explain themselves to the American people.

“And if you refuse to comply with that discussion, in my honest desire to have that discussion, I think ultimately that’s going to be a bad look for your company,” he said. “And I think you’re going to invite more scrutiny from Congress than there already is.”

The House voted 365-65 Tuesday to establish the panel, showing bipartisan cooperation in Congress on the threats posed by China.

The committee’s agenda will include a look into the U.S. military posture in response to China, U.S. supply chain dependencies with China and U.S. intellectual property theft by Beijing.

All of those objecting to the committee’s formation were Democrats, who raised concerns that the panel would serve as a platform to amplify conspiracy theories about China and promote xenophobia.

“I think listening to the floor debate, you saw a lot of Democrats that even those who are somewhat concerned that this would somehow go off the rails, ultimately came down in favor,” Mr. Gallagher said Wednesday. “They expressed recognition of the threat posed by the Chinese Communist Party, particularly sort of the economic component of the threat.”

“I think that’s a great starting point for the committee,” he said.

Democrats have yet to name the members who will sit on the panel.

The committee will comprise seven Democrats and nine Republicans.