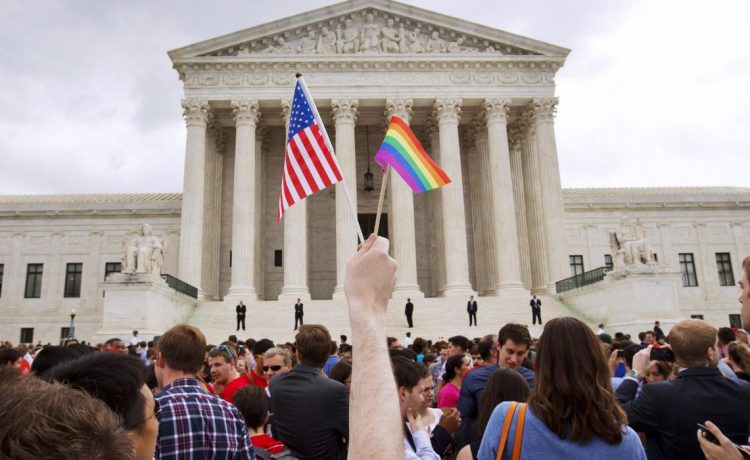 House Democrats on Tuesday passed a bill to codify same-sex marriage rights, calling it a preemptive strike against a conservative-leaning Supreme Court that they say won’t stop at overturning the nationwide right to abortion.

It is also the latest measure passed by House Democrats that has no chance of surviving the Senate but telegraphs the party’s values to voters.

The Respect for Marriage Act, which passed 267 to 157, would repeal a Clinton-era law that defines marriage as a heterogeneous union between a man and a woman. Democrats were joined by 47 Republicans in approving the measure.

It follows several “messaging bills” that Democrats pushed through the House to demonstrate their priorities including legislation protecting access to abortion and curbing access to guns.

“In the absence of the House acting, often nothing would occur,” said House Democratic Caucus Chairman Hakeem Jeffries of New York. “That, in fact, is the case with guns and, in fact, in so many other areas.”

Rep. Glenn Grothman, Wisconsin Republican, said he wants to see the GOP nix “messaging bills” if they retake the House. He accused House Democrats of pushing legislation for brownie points with voters.

“The public would prefer Congress to work on bills that may pass like overall government spending, the student loan situation, but instead we’re getting bills that we know are going nowhere, that have a misleading title, and are just going to be used for reelection,” he said.

The House’s rapid action to ram through these bills sends two signals to voters in the midterm elections: It illustrates their agenda should they retain control of the House and highlights the need for more Democrats in the Senate to make the agenda a reality.

The Senate, which is split 50-50 between the parties, is a veritable graveyard for the Democrats’ bills.

The Senate requires most legislation to clear a 60-vote filibuster hurdle, which currently takes at least 10 Republican senators to join in support of Democrats’ bills.

Rep. David Cicilline, Rhode Island Democrat, said it’s important for the House to continue working to pass their agenda, even if it ends up getting stalled in the Senate.

“If it were not for House action on many of these issues, I don’t think we see any Senate action,” Mr. Cicilline said. “Unfortunately, we don’t just get what we want. We have to go through a legislative process.”