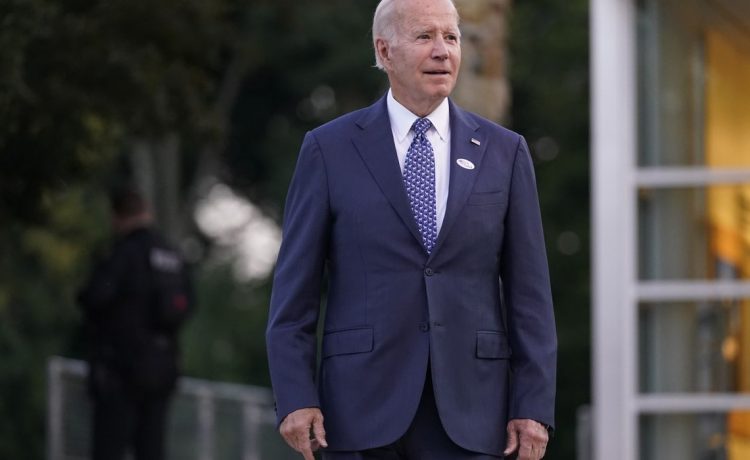 House Republicans are still betting President Biden is a liability for Democratic candidates, even as the president’s party says his legislative wins shifted the momentum in their favor for the midterm elections.

The National Republican Congressional Committee has unveiled new ads against Reps. Cindy Axne of Iowa and Elissa Slotkin of Michigan, while Congressional Leadership Fund, a super PAC aligned with GOP Leader Kevin McCarthy, has put out similar content against a host of other Democrats.

“We are working hard to make sure every vulnerable Democrat has Joe Biden as a running mate,” said NRCC spokesman Mike Berg.

The CLF echoed that sentiment, pointing to their efforts to highlight swing district Democrats’ votes for higher spending, which they tied to high gas prices and inflation.

“Joe Biden and his toxic agenda will be an anchor on every Democrat in Congress,” said the super PAC’s Cally Perkins.

Meanwhile, Democrats are banking on a shift in the nation’s sour mood after Mr. Biden, who has long struggled with low approval ratings, scored a series of legislative victories.

His wins include a sweeping law to combat climate change, lower prescription drug prices and hike taxes on corporations. That, coupled with outrage over the Supreme Court ending nationwide abortion rights, helped energize the Democratic base.

But even though Mr. Biden’s approval score ticked up in recent weeks, his job-approval rating remains underwater.

House Speaker Nancy Pelosi said on Wednesday she felt the momentum was turning around for her party.

Still, TV screens across America are filled with unflattering images of Democratic lawmakers next to Mr. Biden.

Rep. Mike Levin, California Democrat who is a frontline member, dismissed GOP attacks tying Democrats to Mr. Biden as a distortion of the president’s record.

“They’re going to do and say whatever they think is going to be effective to try and distort the record of Congress and the administration,” Mr. Levin said.

The NRCC has put out numerous statements attacking Mr. Levin for supporting Mr. Biden and tying him to inflation and high consumer prices.

Rep. Matt Cartwright, a Pennsylvania Democrat who is a rare member of his party to win a district won twice by former President Donald Trump, said he doesn’t see Mr. Biden as a liability, but it’s important to distinguish his record from the president’s and his colleagues.

“I’ve been friends with Joe Biden for over 30 years, and I’ve said what kind of person abandons his friends just because he’s behind a couple of ticks in the polls? I haven’t,” Mr. Cartwright said. “But, people know I’m not running for president. I’m running for the 8th district of Pennsylvania and to do my best to represent them. I think the people at home understand that.”