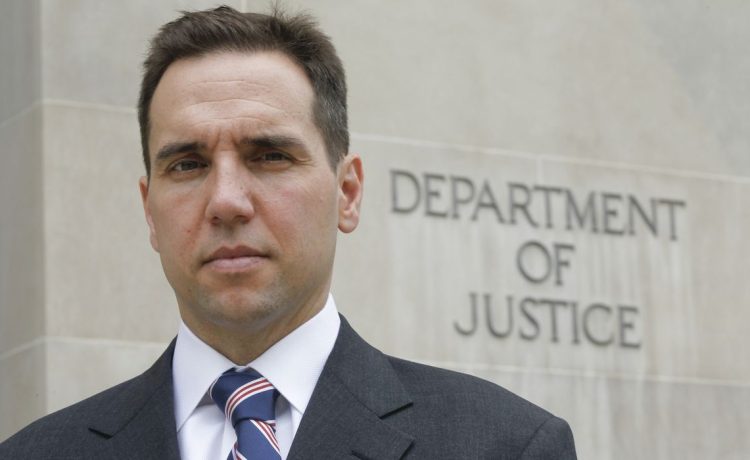 House Republicans this month reinstated a rule that allows Congress to cut the salary of anyone working for the federal government and some in the GOP hope to slash the pay of Jack Smith, the special counsel investigating former President Donald Trump.

There are plenty of federal employees the GOP would like to stop paying as they seek to reduce the size and scope of the federal government but for some Republicans, Mr. Smith may top the list.

Appointed by Attorney General Merrick Garland, Mr. Smith is overseeing a two-part criminal probe of Mr. Trump’s involvement in the Jan. 6, 2021, riot at the U.S. Capitol and separately, Mr. Trump’s possession of classified documents at his Mar-a-Lago home in Palm Beach, Florida.

Many Republican lawmakers view the investigation as politically motivated and lobbied Speaker Kevin McCarthy to reinstate the Holman Rule, which would allow them to attempt to reduce Mr. Smith’s salary down to nearly nothing.

Other Republicans say halting the investigation may not be possible.

House Republicans reinstated the Holman Rule when they took over the House majority this month. While the provision would allow lawmakers to try to eliminate individual salaries, the rule is primarily aimed at reforming agencies, Rep. Andy Biggs, an Arizona Republican who pushed for the rule’s reinstatement, told The Washington Times.

Eliminating the special counsel probe of Mr. Trump would be difficult, he said.

“The special counsel is a trickier problem,” Mr. Biggs said. “The way the Holman Rule is set up, you go into a department or agency, and Congress kind of reforms it. So you can reduce salaries or eliminate positions without necessarily eliminating the agency or the program itself.”

What’s more, a GOP effort to slash Mr. Smith’s salary could also be complicated politically by the existence of a second special counsel appointed by Mr. Garland on Thursday to investigate Mr. Biden.

Unlike Mr. Trump, Mr. Biden as vice president, with few exceptions, did not have the authority to declassify any Obama-era classified material upon leaving office.

Mr. Biden’s lawyer said the documents, found in three locations including Mr. Biden’s garage at his home in Delaware “were inadvertently misplaced.”

Mr. Trump launched his third presidential campaign on Nov. 15 at Mar-a-Lago, where three months earlier, the FBI raided his residence and seized 11 sets of classified materials. On Nov. 18, three days after Mr. Trump announced his White House bid,  Mr. Garland announced the appointment of Mr. Smith to conduct a criminal investigation into the classified materials as well as the former president’s role in the riot, which was also under a separate probe by a Democrat-led House panel.

“Based on recent developments, including the former president’s announcement that he is a candidate for president in the next election, and the sitting president’s stated intention to be a candidate as well, I have concluded that it is in the public interest to appoint a special counsel,” Mr. Garland said at the time. “Such an appointment underscores the department’s commitment to both independence and accountability in particularly sensitive matters. It also allows prosecutors and agents to continue their work expeditiously, and to make decisions indisputably guided only by the facts and the law.”

But the GOP and Mr. Trump believe the special counsel probe is warrantless and an effort by Democrats to stop President Biden’s chief 2024 rival.
Mr. Trump, on his Truth Social platform, called the investigation a “political persecution,” and he called Mr. Smith a “fully weaponized monster.”

While federal law strictly forbids the removal or retention of classified documents or materials outside secured locations without authorization, Mr. Trump had the authority as president to declassify any document, and he said he did so with the material taken by the FBI.

Congressional Republicans have sided with Mr. Trump’s concerns about the special counsel probe.

Sen. Ted Cruz, of Texas, called the appointment of Mr. Smith “Trump derangement syndrome, but this time with a gun and badge.”

Republicans on the House Judiciary Committee criticized the appointment of Mr. Smith, who played a role in the ramping up IRS scrutiny of tea party groups and other conservative organizations seeking tax-exempt status nearly a decade ago.

“Jack Smith and his buddies have been politicizing Washington for AGES,” committee lawmakers said. “And he’s who AG Garland picked to be the special counsel to ‘investigate’ President Trump?”

Despite the hurdles, some Republicans may try to slash Mr. Smith’s salary using the Holman Rule.  But they’d have to wait until October when Congress must pass fiscal 2024 spending legislation.

If House Republicans passed a spending bill that cut Mr. Smith’s pay using their five-seat majority in the chamber, the measure would almost certainly be rejected by the Senate, which is controlled by Democrats, and would never be signed into law by Mr. Biden.

House Democrats, who eliminated the Holman Rule in 2019, accused Republicans of putting it back in place to protect Mr. Trump from criminal charges.

The Holman Rule was forced on the GOP majority, they said, by “the hard-right MAGA fringe … to defund law enforcement and shield Donald Trump from investigation.”

While Republicans may not be able to end the criminal probe of Mr. Trump with the Holman Rule, they plan to use the provision to address what they believe is an increasingly weaponized and politicized federal government.

Republicans are eying the FBI, which has come under scrutiny for trying to ban conservative voices on social media platforms, and other parts of the Justice Department, where Mr. Garland sought to investigate parents whose behavior at school board meetings was deemed threatening.

Mr. Biggs told The Times that the Holman rule could be used to reform the FBI, which he said seems to be “overly and overtly politicized” and the Justice Department, where someone coordinated with the National School Board Association president to convince Mr. Garland to generate an investigation of parental behavior at school board meetings.

“We know that letter came from the National School Board Association, requesting this, and so you could find out who at the Justice Department was doing that, what their position was, and you could begin to eliminate that position altogether and restructure that part of the office so they can’t do that type of thing in the future,” Mr. Bigg said.

The reinstatement of the Holman rule dovetails with a new committee created by the GOP majority that will examine the “weaponization of government.”

“Every American should shudder at the power of the government to target and tyrannize American citizens,” said Rep. Chip Reid, a Texas Republican who was among the GOP lawmakers who called for creating the new panel. “That’s why this committee is so crucial to defend the American people.”