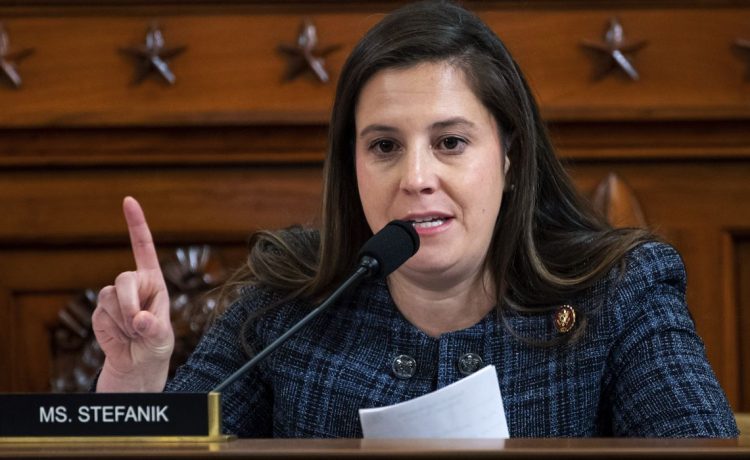 The New York Republican said a Republican majority will bring the bills to the floor in the first 100 days of the next Congress, highlighting issues they are hammering Democrats on the campaign trail.

“We’ve introduced most of our legislation. And of course, Nancy Pelosi is not bringing it to the floor. House Republicans will in the first 100 days,” Ms. Stefanik told The Washington Times during an interview while on the campaign trail in St. Lawrence County.

This GOP legislation, rooted in the conference’s “Commitment to America” agenda revealed last month, is aimed at American energy independence, as gas prices continue to dog the public and President Biden begs foreign regimes like Saudi Arabia and Venezuela for oil.

“When it comes to energy independence, we have a number of bills to unleash energy and energy production in the United States we have,” she said.

“There’s concealed-carry reciprocity,” she said, referring to a bill that would make licenses portable among the states.

She also cited “the Second Amendment Guarantee Act, which I will reintroduce in the next Congress on the issues of constitutional rights,” which also would pre-empt most local laws on concealed carry and allow for lawsuits if licenses are denied.

Additionally, Ms. Stefanik warned the major credit card companies that their plans to create a separate Merchant Category Code for purchases from gun stores might face congressional oversight and legislation.

“First of all, the credit cards are inaccurately going to tell you that they’re not flagging gun purchases. They are. It is a flag of gun purchases, it is unconstitutional [and] we will use every legislative and oversight tool possible to make sure that they do not infringe on constitutional rights,” she said, calling it a move “towards a national gun registry.”

If they continue moving forward on this path, we will have to pursue legislative actions to stop that from absolutely happening,” she said.

Republicans also want to bring Rep. Julia Letlow’s Parents Bill of Rights to the floor next Congress, a sign that the GOP is prepared to campaign on the schooling issue well into the 2024 political cycle.

The Louisiana Republican’s legislation is built on five core principles intended to apply to all schools nationwide that receive federal funding. Among those parental rights, according to a summary from the bill’s author, are rights to:

• lawfully engage with their local school board and educators.

• see a school’s budget and spending, including detailed information about revenues and expenditures.

• keep their child safe and be updated on any violent activity at school.

“Excluding parents from education will never work because it ignores the simple truth that these are our children, not the government’s,” Ms. Letlow said of the legislation.

While the Senate’s 60-vote threshold makes it unlikely that these bills even will make it to Mr. Biden’s desk next Congress, a Republican House majority can block much of the Biden regulatory agenda through the appropriations process.

“We can block through riders on the appropriations bills to not fund these very onerous regulatory policies that Joe Biden has put into place,” Ms. Stefanik said. “So we have those levers in the majority.”