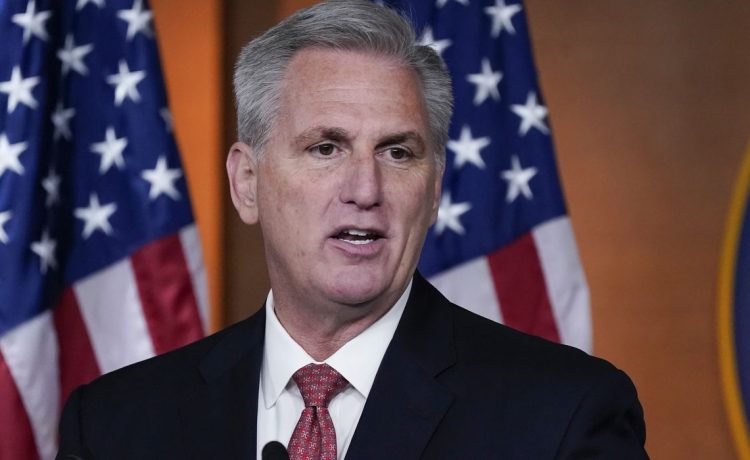 House Republicans are stepping up their support for Taiwan, renewing action through the China task force seeking policy solutions to counter the threat to the island democracy from Beijing.

Minority Leader Kevin McCarthy, joined by several members of the task force and Taiwanese diplomatic representative Hsiao Bi-khim, said support for Taiwan must be bipartisan and criticized Democrats for not wanting to participate in the GOP-led task force.

“This task force has worked diligently to raise awareness of the threat posed by the Chinese Communist Party, which is the greatest geopolitical threat facing America and our friends in the Indo-Pacific,” said Mr. McCarthy.

The meeting came amid reports that Democratic House Speaker Nancy Pelosi is planning to head a congressional delegation visit to Taiwan, despite a threat from Beijing warning of “forceful measures” if she comes.

A visit from Mrs. Pelosi would be the highest-level U.S. delegation in 25 years. Reports suggest the trip is potentially planned for August, shortly after the anniversary of the founding of China’s People’s Liberation Army.

She previously tried to plan a delegation trip to Taiwan in April, but canceled it after testing positive for COVID-19.

Mrs. Pelosi’s office did not comment on the threat from Beijing, simply saying, “We do not confirm or deny international travel in advance due to longstanding security protocols.”

The speaker’s visit would be the first trip by a sitting House speaker since Republican Speaker Newt Gingrich traveled there in 1997.

Beijing has long claimed Taiwan to be part of its territory and has said it would “reunify” the island with the Chinese mainland, even if it is by force.

“If the U.S. insists on going down the wrong path, China will definitely take resolute and forceful measures to firmly defend its national sovereignty and territorial integrity,” said Zhao Lijian, Chinese Foreign Ministry spokesman. “The United States must be fully responsible for all the consequences caused by this.”