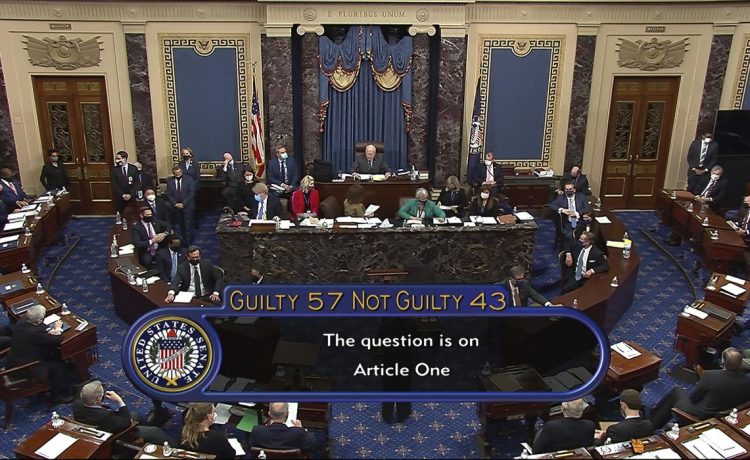 The new House Republican majority is considering expunging former President Donald Trump’s two impeachments, which many in the GOP say were politicized and flawed prosecutions led by Democrats.

“We’d look at it,” House Speaker Kevin McCarthy told The Washington Times when asked whether he’d bring legislation to the floor wiping out the historic double impeachments of the former president.

Mr. McCarthy, California Republican, cited debunked charges Democrats lodged against Mr. Trump throughout his presidency including discredited claims he collaborated with Russia to win the 2016 election.

“When you find that the final information of the Russia document is all a lie, and we watch what he went through, I would understand why members would want to bring that forward,” Mr. McCarthy said.

Dozens of Republicans threw their support behind reviving a resolution to expunge the impeachment charges against Mr. Trump that were filed in the previous Congress when the Democratic majority prevented it from coming to the House floor.

Now that the GOP controls the chamber, Republican lawmakers say it’s time to give serious consideration to exonerating Mr. Trump, who is running for president again in 2024.

“I would certainly be interested in it,” said Rep. Andrew Clyde, a Georgia Republican and Trump ally. He said both impeachments were “inappropriate.”

House Republican Conference Chairwoman Elise Stefanik of New York was among more than two dozen Republicans who last year signed on to a resolution to expunge the Jan. 13, 2021, impeachment of Mr. Trump for “high crimes and misdemeanors.”

Mr. Trump was impeached that time for inciting the Jan. 6, 2021, riot at the U.S. Capitol. The Senate did not convict him.

Former Rep. Markwayne Mullin, an Oklahoma Republican who was elected in November to the Senate, was the lead sponsor of the resolution and earlier in the 117th Congress introduced a separate measure to expunge the former president of the Dec. 18, 2019, impeachment. The House impeached Mr. Trump, with no votes from Republicans, for abuse of power and obstruction of Congress stemming from his effort to get Ukraine President Volodymyr Zelenskyy to investigate then-former Vice President Joe Biden.

The two resolutions offered last year by Mr. Mullin garnered the support of 42 Republicans overall, including Ms. Stefanik, Rep. Mike Johnson of Louisiana, who is the vice chairman of the GOP conference, and Rep. Mike Rogers, now chair of the House Armed Services Committee.

“The resolution last time was from the chairwoman of our conference,” Mr. Clyde said. “That’s a powerful position, and it’s a good piece of legislation. I’ll see if it comes forward.”

Aides to Ms. Stefanik did not respond to inquiries about re-introducing the resolution in the 118th Congress.

Democrats rejected the idea of clearing Mr. Trump of the House charges.

Their party has never attempted to reverse the 1998 impeachment of former President Bill Clinton over charges of perjury and abuse of power, even though many Democrats believe he was politically targeted.

Rep. Joaquin Castro, a Texas Democrat, said expunging Mr. Trump’s impeachment charges would be “a coverup and a rewriting of history” on behalf of Donald Trump, who he said still wields tremendous power over the GOP.

“It wouldn’t surprise me at all,” Mr. Castro said. “They’re blindly loyal to him.”

The move could divide the Republican Party.

While no Republican voted for the first impeachment against the former president, 10 Republicans backed the second impeachment stemming from the riot.

Several of those GOP lawmakers did not run for reelection or were defeated in primaries.

Reps. David Valadao of California and Dan Newhouse of Washington state are the only two Republicans who voted to impeach Mr. Trump and remain as members of the 118th Congress.

Others in the Republican conference aren’t enthusiastic about reconsidering the impeachment charges.

“I tend to think we’ve got plenty to focus on looking through the front windshield, rather than the back,” said Rep. Dan Bishop, North Carolina Republican.

Rep. Kevin Hern, Oklahoma Republican who chairs the Republican Study Committee, said both impeachments became overly political and highlighted what he saw as a double standard for President Biden and Mr. Trump.

Mr. Biden is under new scrutiny for keeping classified Obama-era documents at a Washington office and two locations at his Delaware home. The scandal is similar to how classified documents were kept at Mr. Trump’s Mar-a-Lago estate in Florida, prompting a criminal investigation by Mr. Biden’s Justice Department.

“It wouldn’t surprise me to see if that [expungement] will move forward, especially in light of what’s happening with Biden now,” said Mr. Hern.