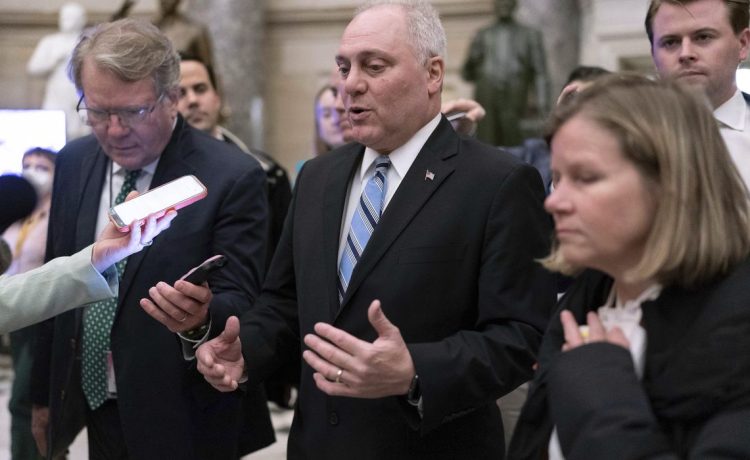 The slim House GOP majority scored its first big win Monday, passing a set of rules that make significant changes to the way the chamber operates and which let Republicans take aim at reckless government spending.

New rules pushed by the most fiscally conservative House lawmakers will make it easier to pass bills that reduce federal spending and more difficult to raise the nation’s borrowing limit or increase the tax rate.

“We ran on an agenda to change the way that Washington works, to fix this broken system to get our country back on track, and we were awarded the majority by the people across this country,” said Majority Leader Steve Scalise, Louisiana Republican. “Today starts that process of fixing what’s broken in Washington, so that Washington can finally start working for the people of this country who are struggling.”

The new rules package makes a key change to the GOP’s internal accountability by reinstating a centuries-old provision allowing one lawmaker to bring up a vote to eject the House speaker.

A group of 20 conservatives insisted on adding back that provision, and the other new rules, in exchange for their support for Speaker Kevin McCarthy of California, whom they blocked from winning the gavel for more than four days last week.

That group wants an opportunity to toss out Mr. McCarthy if he’s not advancing conservative principles, especially when it comes to spending.

Mr. McCarthy was narrowly elected early Saturday morning after 15 ballots and will govern with a narrow majority, having only five seats to spare on any vote if all lawmakers are present.

Several key changes to the rules are aimed at reining in government spending, which has grown significantly since the start of the COVID-19 pandemic and has over more than a decade often required passing last-minute, massive “omnibus” bills that few lawmakers have time to review before having to vote.

The new rules would limit increases in direct spending and block the House from automatically raising the nation’s borrowing limit.

It would slow down the passage of legislation by requiring a firm 72 hours for lawmakers to consider bills before voting.

Another change would require a three-fifths vote in the House to raise tax rates.

The changes would allow lawmakers to amend spending legislation more easily by requiring each of the 12 appropriations bills to be considered separately and under an “open rule.”

Another concession on the list would eliminate a provision that allows the House to raise the debt ceiling automatically when it passes a budget resolution.

The package also ends the proxy voting and remote committee hearings started by Democrats at the beginning of the COVID-19 pandemic but routinely abused by lawmakers in both parties to skip making the trip to Washington.

“What started out as a pandemic accommodation lasted far longer than necessary,” said House Rules Committee Chairman Tom Cole, Oklahoma Republican. “It’s time for the House of Representatives to return to our normal operating procedures. And it’s time for the members of Congress to actually show up to work.”

Democrats denounced the rules package and said the changes were forced by “MAGA” Republicans who they said held the House hostage last week by blocking the election of a speaker.

Rep. Jim McGovern of Massachusetts, the top Democrat on the House Rules Committee, said the package “was written by a small fringe group,” in the GOP conference and predicted the new spending provisions in the rules would lead to gridlock and a government shutdown.

Mr. Cole summed up the package as a blueprint for the GOP’s priorities in the 118th Congress while Rep. Michael Burgess, Texas Republican, said the changes respond to the message voters sent in November when they gave the GOP the majority.

“They want the nation to go in a new direction,” Mr. Burgess said. “They want a path away from tax-and-spend politics advanced by the Democrats in the last Congress, In this rules package, we lay out how we intend to do just that.”