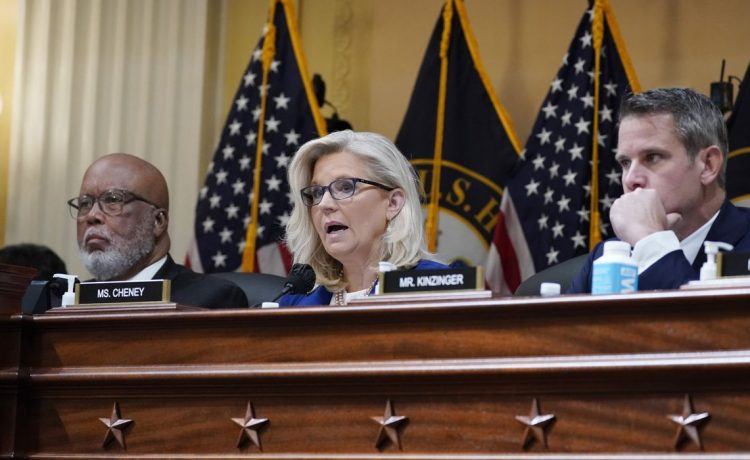 The House Jan. 6 committee said Monday that it is “evaluating next steps” after former President Donald Trump failed to appear for a deposition in response to the panel’s 11th-hour subpoena.

The Democrat-led panel, which voted unanimously to subpoena Mr. Trump at its final hearing last month, demanded that the former president turn over a list of corresponding documents by Nov. 4 and testify under oath before the panel by Nov. 14.

The committee granted Mr. Trump an additional week to provide documents after receiving correspondence from Mr. Trump’s attorneys in advance of the first deadline but did not extend Monday’s deadline for Mr. Trump to appear for a deposition.

Mr. Trump has since sued the panel alleging the subpoena runs afoul of the separation of powers.

“Former President Trump has failed to comply with the Select Committee’s subpoena requiring him to appear for a deposition today,” Committee Chairman Bennie G. Thompson, Mississippi Democrat, and Vice Chair Liz Cheney, Wyoming Republican, said adding that Mr. Trump’s attorneys “made no attempt to negotiate an appearance of any sort.”

The lawmakers said Mr. Trump’s lawsuit “parades out many of the same arguments that the courts have rejected repeatedly over the last year.”

“The truth is that Donald Trump, like several of his closest allies, is hiding from the Select Committee’s investigation and refusing to do what more than a thousand other witnesses have done,” the lawmakers said. “In the days ahead, the committee will evaluate next steps in the litigation and regarding the former President’s noncompliance.”

The committee says Mr. Trump was a central figure behind a coordinated effort to overturn the results of the 2020 election.

The lawmakers on the panel say they have obtained “overwhelming evidence” of that “multi-part” effort through Mr. Trump’s former appointees and staff.

Those efforts, according to the lawmakers, included “purposely and maliciously” perpetuating false accusations of fraud related to the 2020 election, pressuring federal and state officials and members of Congress to overturn the results.

The committee also accuses Mr. Trump of summoning “tens of thousands of supporters to Washington and, knowing they were angry and some were armed, sending them to the Capitol.”

Mr. Trump has accused the Democrat-led committee of undertaking a partisan “witch hunt” and squandering taxpayer dollars in its quest to smear him and Republicans.

The former president lashed out at the committee following its final hearing, criticizing the investigation as a “witch hunt of the highest level,” but offered no response to the panel’s demands that he turn over documents and testify under oath.

Mr. Trump’s attorneys also note in the former president’s request to block the committee’s subpoena filed on Friday that no president had been forced to testify to a Congressional committee, though some have done so voluntarily.

“President Trump has been put in the untenable position of choosing between preserving his rights and the constitutional prerogatives of the Executive Branch, or risking enforcement of the Subpoena issued to him,” the lawsuit read.

While the committee stopped short of laying out a course of action Monday, the panel has voted to hold several former Trump officials in contempt of Congress for failing to comply with its subpoenas.

Mr. Bannon has since appealed the conviction. His prison term has been delayed pending that appeal.

• Alex Swoyer contributed to this story