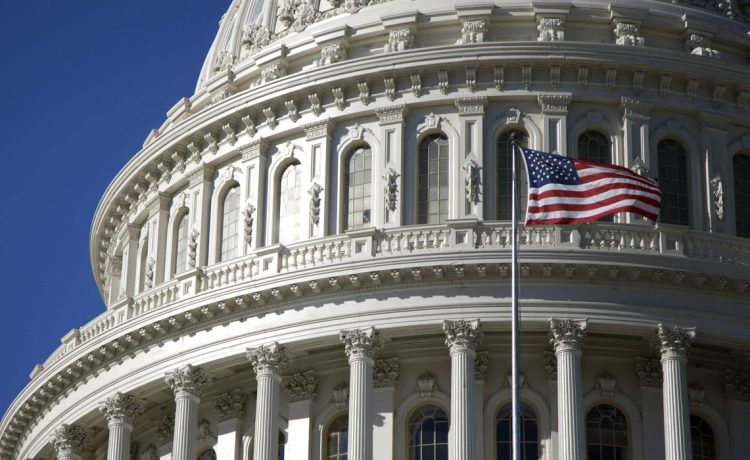 House lawmakers known as the “Blockchain Eight” who discouraged a probe of the cryptocurrency industry in March are under fresh scrutiny in the wake of the indictment of FTX founder Sam Bankman-Fried on fraud charges.

Five of the eight lawmakers, from both parties, received campaign donations from FTX executives while expressing concern to the Securities and Exchange Commission last spring that its inquiries into crypto and blockchain companies, reportedly including FTX, were too aggressive.

Their March 16 letter to SEC Chairman Gary Gensler objected to the “recent trend toward employing … investigative functions to gather information from unregulated cryptocurrency and blockchain industry participants in a manner inconsistent with the Commission’s standards for initiating investigations.” They suggested the SEC’s efforts violated the Paperwork Reduction Act.

Critics are accusing the lawmakers of running interference for companies like FTX, which collapsed in November in an alleged fraud likened to a giant Ponzi scheme.

The former billionaire Mr. Bankman-Fried, 30, was charged in a federal indictment unsealed Tuesday with defrauding more than 1 million investors and making illegal straw-man campaign donations. He is being held in prison in the Bahamas, in a notoriously filthy jail where inmates spend 23 hours per day in their cells.

The lawmakers’ letter in March “was clearly designed to stop the SEC from looking into FTX,” said Matt Stoller, director of research at the nonprofit American Economic Liberties Project and a former Senate Budget Committee aide.

One of the lawmakers, Rep. Ritchie Torres, New York Democrat, said Wednesday that he doesn’t “quite understand the criticism.” He said critics are defaming the lawmakers’ integrity.

“There’s a difference between asking about policies and practices and interfering with a particular investigation into a particular company,” Mr. Torres said on Coin Desk TV. “The first is an exercise of congressional oversight. The latter would be a breach of ethics. And blurring the line between the two, frankly, does a disservice to the truth and represents defamation of character against the eight of us.”

Mr. Torres said he gave his FTX donation to charity upon learning of the alleged fraud. Last week, he asked the Government Accountability Office to open a review of the performance of Mr. Gensler and the SEC as it pertains to the collapse of FTX.

Mr. Stoller said it was a hypocritical move. He told Coin Desk TV that Mr. Torres was “blaming the SEC for the things that he himself was doing.”

Mr. Emmer’s office referred inquiries to his comments on Twitter. In a series of posts, he said his office had “received numerous tips from crypto and blockchain firms that SEC Chair @GaryGensler’s information reporting ‘requests’ to the crypto community are overburdensome, don’t feel particularly … voluntary … and are stifling innovation.”

“We are simply asking questions pursuant to Congress’ oversight authority,” he tweeted.

Mr. Emmer served in the 2022 election cycle as head of the National Republican Congressional Committee, the campaign arm for House Republicans.

The NRCC’s related super PAC, the Congressional Leadership Fund, received $2 million in the 2022 cycle from FTX co-CEO Ryan Salame and $750,000 from the company’s political action committee.

At a House hearing Tuesday on FTX’s collapse, Mr. Budd said Mr. Bankman-Fried deserves to be prosecuted to the fullest extent of the law. His spokesman, Curtis Kalin, said the lawmakers’ letter to the SEC in March was not an effort to discourage an investigation of the crypto industry.

“The SEC has not consistently used their authority to provide oversight to the crypto industry,” Mr. Kalin said. “A bipartisan group of representatives wanted to know why not. It is absurd to suggest a bipartisan oversight letter asking simple, straightforward questions could derail any alleged investigations.”

He said Mr. Budd “has supported congressional action to pass clearer rules for this industry since 2018.”

Mr. Auchincloss said through a spokesman that the lawmakers’ letter to Mr. Gensler “wasn’t questioning the SEC’s efforts.”

“Rather, the letter was questioning the SEC’s prioritization of its enforcement actions,” said aide Matt Corridoni. “The congressman believed then, and believes now, that the SEC should have better prioritized its enforcement of non-compliance to focus on whales, like FTX, not minnows. And if it needed more resources to do that, as seems to be the case, then it should have asked for them. Indeed, in October of 2021, the congressman expressly said to the SEC chairman that he agreed with his efforts, and asked him what else he needed from Congress.”

Harrison Fields, a senior advisor to Mr. Donalds, said the lawmaker “was and remains concerned with the SEC’s approach to regulating digital assets in the absence of congressional legislation.”

“In no way, shape or form was Congressman Donalds attempting to or involved in the influencing of any of the SEC’s ongoing investigations,” Mr. Fields told The Washington Times. “Congressman Donalds firmly believes that those engaged in illegal behavior should be held accountable for their actions while also maintaining that regulators and lawmakers act within their constitutional bounds.”

He said the SEC “has openly engaged in regulation by enforcement with little guidance as to which assets are legally subject to the SEC’s jurisdiction, while simultaneously encouraging industry participants to ‘come and talk to the SEC staff.’”

“The congressman also felt that there were procedural questions regarding the SEC’s use of its Enforcement Division for its voluntary information requests. The congressman feels that this combination severely hampers the marketplace and is an unsustainable method of governance,” he said.

Mr. Gottheimer said he is also donating his FTX campaign contributions to charity.

He said in a statement that the lawmakers’ letter to the SEC “is consistent with my view: you can’t regulate crypto and protect consumers with a bunch of toothless letters.”

Mr. Gottheimer noted that an SEC official told Congress in 2019 that the commission stands ready to provide guidance “to folks” if they want to talk to the SEC.

“Waiting for crypto firms to seek guidance or simply encouraging them to talk to the SEC does not create the regulatory guardrails we need, nor does it protect consumers,” Mr. Gottheimer said. “Instead of writing clear rules, the SEC has created a patchwork of ad-hoc policies for digital asset firms purely through spotty enforcement actions and random letters — haphazard enforcement that has missed the worst offenders and put consumers at risk.”

Mr. Bankman-Fried was the second-biggest campaign donor to Democrats in the 2022 election cycle, giving about $40 million.

Federal prosecutors this week said Mr. Bankman-Fried also made illegal campaign contributions “to candidates and committees associated with both Democrats and Republicans.” They said the illegal donations came from Mr. Bankman-Fried’s hedge fund, Alameda Research, a part of his now-collapsed crypto empire that was once valued at $32 billion.

“These contributions were disguised to look like they were coming from wealthy co-conspirators when in fact, the contributions were funded by Alameda Research with stolen customer money, and all of this dirty money was used in service of Bankman-Fried’s desire to buy bipartisan influence and impact the direction of public policy in Washington,” said Damian Williams, U.S. Attorney for the Southern District of New York.