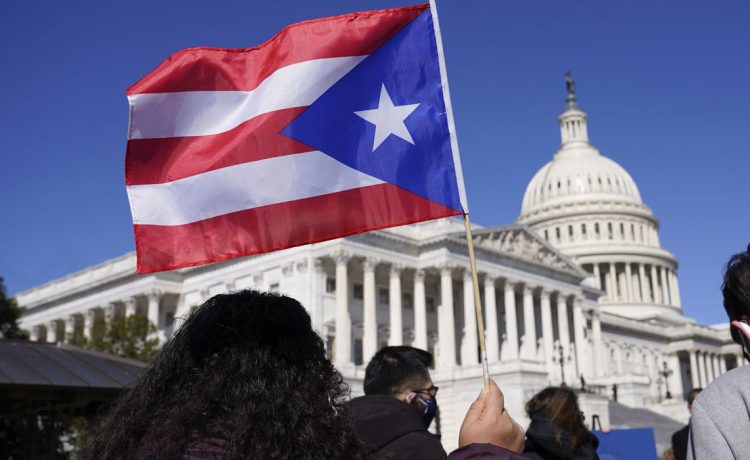 The House passed legislation Thursday that would allow Puerto Rico to hold its first-ever binding referendum on whether to end its U.S. territorial status and become a state, or gain independent status.

But the measure has little chance of passing the Senate in the lame-duck session of Congress that ends this month.

The bill, the Puerto Rico Status Act, passed largely on party lines, with 232 Democrats voting in favor and 191 Republicans voting against it. Sixteen Republicans voted for the bill.

The bill also must pass in the Senate before the new Congress is sworn in, and the legislation’s survival there is unlikely during a lame-duck session, as Senate Minority Leader Mitch McConnell, Kentucky Republican, has reiterated.

Although the House has passed three different Puerto Rico status measures in over two decades, the Senate never passed a similar bill regardless of the party holding the majority.

The measure, initially passed out of the House Natural Resources Committee in July, is a compromise between lawmakers supporting statehood for the territory and lawmakers who prefer to hold a status convention vote.

Puerto Ricans living on the U.S. territory have voted on the issue in six referendums since the 1960’s and have never voted for either independence or statehood.

However, each of those votes was nonbinding. Only Congress can grant statehood.

The House legislation contains three choices for a status referendum: Puerto Rican statehood, independence from the United States and “sovereignty in free association with the United States.”

“It is crucial to me that any proposal in Congress to decolonize Puerto Rico be informed and led by Puerto Ricans,” said Rep. Raúl Grijalva, Arizona Democrat and chairman of the House Natural Resources Committee, which has oversight of the U.S. territories.

House Speaker Nancy Pelosi, California Democrat, said Puerto Rico has been governed for more than a century “under a political system imposed by outside forces rather than established by its own people.”

“Denied the right to a vote in Congress or for President, Puerto Rico’s territorial status has often left it vulnerable to unequal treatment – including the previous administration’s cruel withholding of disaster aid in the wake of Hurricanes Maria and Irma,” she said.

The bill includes funding for an educational initiative to instruct island voters on key issues related to each option ahead of a federally sponsored plebiscite. Since the bill’s introduction in May, U.S. citizenship, which Puerto Ricans currently have at birth, has been a sticking point during negotiations related to the independence and free association options.

The Marshall Islands, Palau and the Federated States of Micronesia — former U.S. trust territories that became independent in the 20th century — all have free association statuses with the U.S. after signing a compact.

As a state, Puerto Ricans on the island would come under the protection of the U.S. Constitution, and with it permanent U.S. citizenship. The options of outright independence and independence with free association would require further negotiations with Washington.

Opponents of the bill included Rep. Bruce Westerman, Arkansas Republican, who said the legislation described the independence and free association options as the U.S. still dictating what it expects of the island, including how to set up a constitutional convention and write a constitution.

“If they’re an independent nation, do we have the right to tell them that it says it shall include due process and equal protection under the law of freedom of speech, press assembly, association and religion, the rights of the accused?” he asked.

“The other option of free association… again, if they have sovereignty under a free association, what right does Congress have to dictate what their constitution will say?”

Majority Leader Steny Hoyer,  Maryland Democrat, said, “For far too long, the people of Puerto Rico have been excluded from the full promise of American democracy and self-determination that our nation has always championed.”