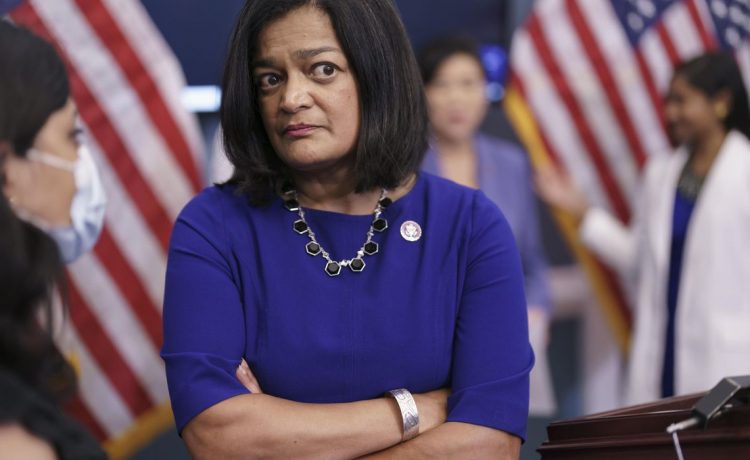 More than two dozen Democratic House progressives are urging President Biden to more assertively push for peace talks in Ukraine, marking a clear break within the president’s party on the White House’s strategy as Russia’s invasion enters its eighth month.

In a letter to Mr. Biden on Monday, a group of 30 lawmakers led by Congressional Progressive Caucus Chairwoman Pramila Jayapal, Washington state Democrat, cited the “risk of catastrophic escalation” in calling on the administration to “redouble efforts to seek a realistic framework for a cease-fire.”

“If there is a way to end the war while preserving a free and independent Ukraine, it is America’s responsibility to pursue every diplomatic avenue to support such a solution that is acceptable to the people of Ukraine,” the lawmakers wrote. “The alternative to diplomacy is protracted war, with both its attendant certainties and catastrophic and unknowable risks.”

The lawmakers say those efforts should include direct talks between the U.S. and Russia to “explore prospects for a new European security arrangement acceptable to all parties” — a move that would sharply contrast with White House policy of holding no negotiations “about Ukraine without Ukraine.”

“We’re not going to have conversations with Russian leadership without the Ukrainians being represented, and that remains the policy and the approach,” he told reporters. “[Ukrainian President Volodymyr] Zelenskyy has said that while he obviously would like to find an end to this war, he does not believe it is time now to sit down and have a negotiated settlement with [Russian President Vladimir] Putin.”

The lawmakers also suggested Mr. Biden would have strong Democratic support for aid for Ukraine if he followed their advice, urging the president to “pair the military and economic support the United States has provided to Ukraine with a proactive diplomatic push.’

“As legislators responsible for the expenditure of tens of billions of U.S. taxpayer dollars in military assistance in the conflict, we believe such involvement in this war also creates a responsibility for the United States to seriously explore all possible avenues, including direct engagement with Russia, to reduce harm and support Ukraine in achieving a peaceful settlement,” they wrote.

Monday’s letter marked the first indication that unanimous support within the Democratic Party for Mr. Biden’s Ukraine policy could be at risk unless future funds come with diplomatic demands as well.

The shakeup among Democrats adds to House Minority Leader Kevin McCarthy’s warning last week that Congress will not provide a “blank check” for Ukraine if the GOP, as expected, wins the majority in next month’s midterm elections.

“I think people are gonna be sitting in a recession and they’re not going to write a blank check to Ukraine,” the California Republican told Punchbowl News. “They just won’t do it. … It’s not a free blank check.”

Some Republicans are openly expressing skepticism about providing endless financial support for Kyiv, even as Americans face rising economic uncertainty at home.

Congress has approved more than $60 billion in military, economic and humanitarian aid to Ukraine by overwhelming margins this year alone, with all 30 signatories to Monday’s letter among those supporting Kyiv.

A majority of GOP lawmakers still support funding Ukraine, despite 57 Republicans in the House and 11 in the Senate voting against a $40 billion aid package in May.