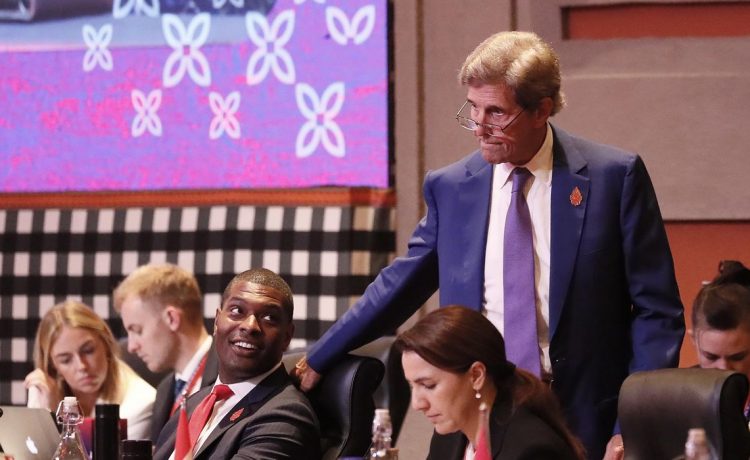 House Republicans are raising concerns about President Biden’s climate czar, accusing a lack of transparency from the office and a strong influence from radicalized environmental groups in its policymaking.

Rep. James Comer, the top Republican on the House Oversight and Reform Committee, sent a letter requesting the safeguarding of all documents and communications connected to the role of John Kerry’s position as Special Presidential Envoy for Climate.

“We write once again to request information regarding your role in the Biden administration and to determine whether your office is being unduly influenced by outside interest groups,” the letter reads. “Recent reports raise more questions about your office’s lack of transparency and its relationship with radical left-wing environmental organizations.”

Rep. Yvette Herrell, New Mexico Republican who is the top member of the subcommittee on the environment, also signed the letter.

“While you serve in a cabinet-level position, the day-to-day functions of your office are shrouded in secrecy,” the members added, after requesting the preservation of his work materials.

Mr. Kerry was previously the subject of GOP intrigue, regarding his ties to foreign governments, including China.

Oversight members said the Biden administration has so far yet to produce a response to their inquiries on these matters.

The State Department did not immediately respond to a request for comment.