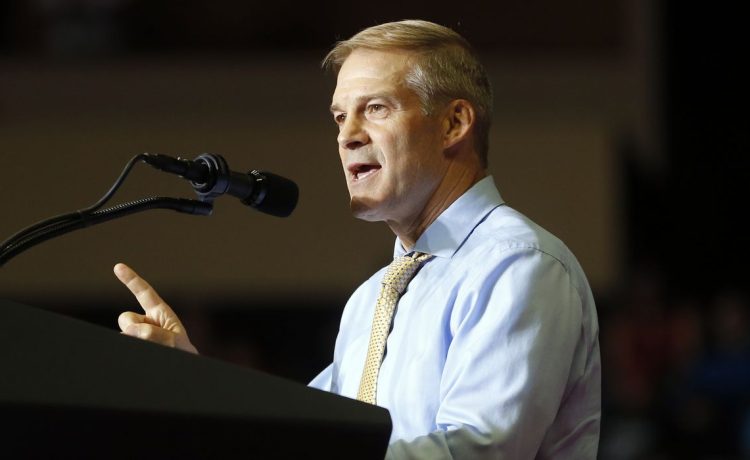 Not a word has emerged from the Supreme Court about who leaked a draft opinion on overturning Roe v. Wade eight months ago. Now Republicans on Capitol Hill are preparing to prod the court on its investigation of the breach.

Rep. Jim Jordan of Ohio, poised to take over as chairman of the Judiciary Committee when the new GOP-led House takes control in January, has made it clear he wants to get to the bottom of the mess, and an aide confirmed it remains a priority.

“Dozens and dozens of churches were attacked, dozens and dozens of pro-life crisis pregnancy centers were attacked, protests occurred at Supreme Court justices’ homes, and there was an assassination attempt on Justice [Brent M.] Kavanaugh. But to date, in this Congress, not one hearing in the House Judiciary Committee about that leak. Not one hearing,” Mr. Jordan said recently.

Protests remain ongoing outside of some of the justices’ homes following the unprecedented leak, as does the probe announced by Chief Justice John G. Roberts Jr. — with no public updates on the manhunt.

The Supreme Court did not respond to an inquiry for an update from The Washington Times. But Justice Elena Kagan had suggested in September there could be an update by the end of that month, according to reports, but so far there has been no sign of progress.

“The whole process has been really mystifying,” said Carrie Severino, president of Judicial Crisis Network and a former clerk to Justice Clarence Thomas.

Ms. Severino said the GOP leaders on the House Judiciary Committee could potentially quiz some of the justices about the ongoing leak investigation during a hearing in the upcoming Congress when they appear before lawmakers about funding needs of the judiciary.

“Once a year a select group of the justices come and testify about the funding needs of the judicial branches and I think that would be the opportunity they have to ask questions,” she said.

Chief Justice Roberts tapped Supreme Court Marshal Gail Curley days after the leak in May to lead the investigation. A former Army lawyer and colonel who oversees the court grounds and security, Ms. Curley had been in the job less than a year when tasked with the probe.

The court, though, hasn’t issued an update from the chief justice or Ms. Curley.

Aside from speculation over who leaked the document, legal scholars have debated whether the leak itself constitutes an actual crime. Some say it could be theft of government property or obstruction of justice if the leaker was trying to affect the outcome of the case. Others say Supreme Court documents aren’t protected by the confidentiality laws that cover other areas of government.

Still, court-watchers were aghast when news broke May 2 that the Supreme Court was poised to overturn the decades-old precedent on abortion. It was the first time a full draft opinion had been leaked in the Supreme Court’s 233-year history.

Pro-choice protesters were outraged by the leak and began protesting outside the homes of conservative justices, having shared their addresses online.

One activist, Nicholas Roske, even traveled from California to Justice Kavanaugh’s home in Chevy Chase, Maryland, with plans to assassinate him. Mr. Roske is currently in federal custody awaiting trial.

Justice Alito become a target after authoring the historic opinion, one of his former clerks observed.

Justice Alito has denied the charge.

“It struck me as a targeted smear against Justice Alito,” said Megan Wold, a former clerk to Justice Alito in 2014-2015.

She said those who don’t like his decision in the abortion case are attempting to bring public pressure on him, but she doesn’t think it will have any effect.

Meanwhile, Mike Davis, president of the Article III Project and a former clerk to Justice Neil M. Gorsuch, said solving the mystery of who leaked the draft opinion shouldn’t be tough, given it’s a small pool of people with access to the document.