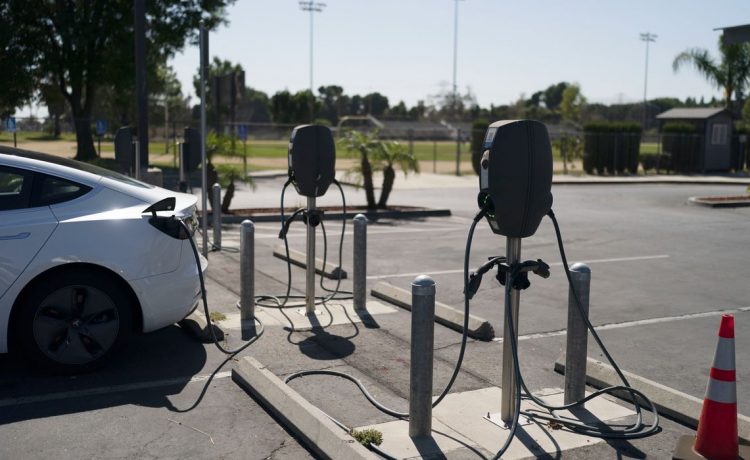 More than 150 House Republicans pushed President Biden on Thursday to reject a forthcoming request by California to move forward with its plan to ban the sale of new gas-powered vehicles by 2035.

The ambitious proposal to give the boot to gas guzzlers — an effort to combat climate change by slashing emissions by transportation — received final approval from state officials in August. But California will first need the Environmental Protection Agency to issue a waiver under the Clean Air Act because the policy is more stringent than federal regulations.

In a letter to the administration Thursday that was signed by 158 House Republicans, lawmakers urged Mr. Biden to reject such a waiver over concerns about the power grid’s reliability and America’s dependence on foreign countries for critical minerals used in electric vehicle batteries.

“We urge you to reject California’s forthcoming request for this waiver due to widespread concerns for the negative impact it will have on the electric grid, the need for additional power generation, the overreliance on foreign adversaries for critical minerals, and the right of Americans to choose for themselves which vehicles they wish to drive,” they wrote.

The administration has shown no indication it plans to reject a waiver but has not yet received the needed formal request for one.

SEE ALSO: White House doubles down on calls for Big Oil to reduce profits as Democrats fret over OPEC cuts

Currently, Republicans lack the power in Washington to prevent its approval. Red states could mount legal challenges, or a future Republican administration could reverse such a decision, as was done under former President Donald Trump.

Under the Clean Air Act, waivers are approved unless it’s determined that California’s reasons are “arbitrary and capricious.”

California’s plan requires auto manufacturers to meet zero-emission sales targets on a sliding scale, starting with 35% of vehicles sold in 2026 being electric, 68% by 2030 and 100% by 2035.

Roughly 16% of new vehicles sold in the first half of this year in the state were zero-emission, which also includes electric vehicles and plug-in hybrids, according to the California Energy Commission.

But rolling blackouts frequently afflict the state due to a strain on the electric grid, a point raised by the GOP lawmakers.

Residents received warnings this summer during record heat waves to limit their electricity usage by ticking up their thermostats and unplugging power-draining devices.

Automakers, for their part, say they are ready to make a more aggressive switch from gas-powered vehicles to those powered by electricity. Federal and state policies could determine how fast or slow that transition occurs.

Other blue states have intentions to follow California’s lead, which has the strictest emissions rules in the country.

For example, New York Gov. Kathy Hochul, a Democrat, directed her state’s Department of Environmental Conservation last week to take steps that would pave the way for a similar ban by 2035.

In their letter, the Republicans said that on top of their “technical and logistical” concerns, they hold “philosophical concerns with telling the American people what products they can and cannot buy.”