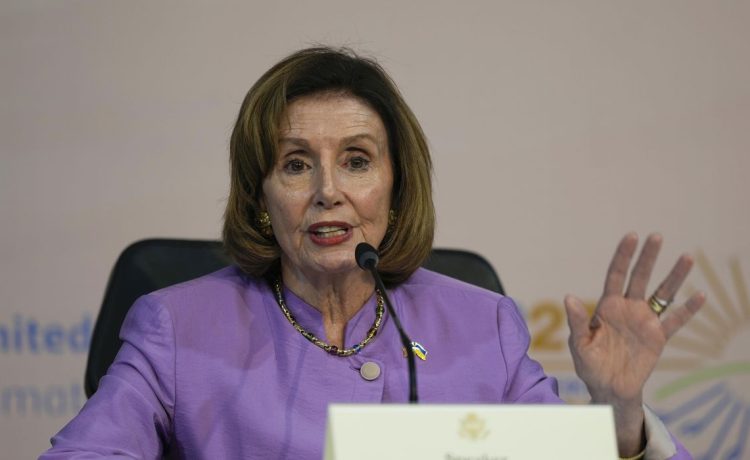 House Speaker Nancy Pelosi will address her future plans Thursday after the GOP won enough seats to take control of the House.

Drew Hammill, a longtime aide to Mrs. Pelosi, said the California Democrat has been overwhelmed with calls from lawmakers, friends and supporters.

“The Speaker plans to address her future plans tomorrow to her colleagues. Stay tuned,” he tweeted late Wednesday after a Republican majority was confirmed.

Mrs. Pelosi promised in 2018 to lead Democrats for only four years, though she will face pressure from some allies to stay in leadership instead of playing a background role as a rank-and-file member. She just won another two-year term.

The speaker could detail her plans at a Thursday morning meeting with her whip team.

Democrats are scheduled to select new leaders on Nov. 30. The House Democratic Caucus chairman, Rep. Hakeem Jeffries of New York, has made it clear he wants to be the party’s leader.

Democrats are resetting after the GOP seized a narrow majority, though Republicans did not pull off the red wave that many had been expecting.

“This year, House Democrats defied expectations with an excellent performance: running their races with courage, optimism and determination,” Mrs. Pelosi said late Wednesday. “In the next Congress, House Democrats will continue to play a leading role in supporting President Biden’s agenda — with strong leverage over a scant Republican majority.”