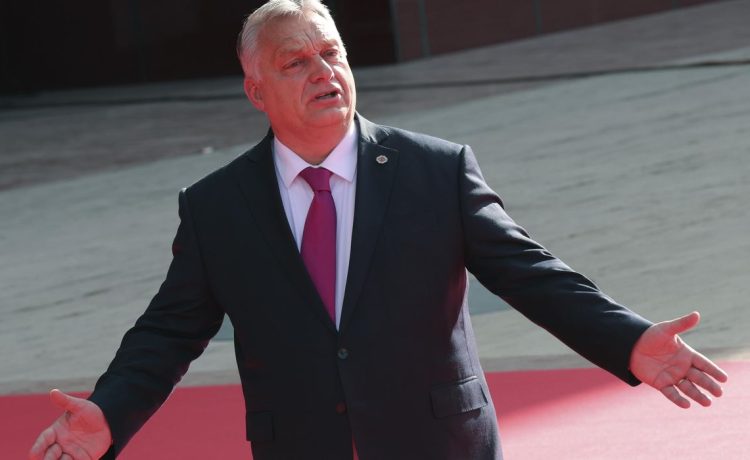 BRUSSELS (AP) — A rift between the European Union and member state Hungary deepened Tuesday when Budapest vetoed an 18-billion euro ($18.93 billion) financial aid package to Kyiv, exacerbating a dispute over the rule of law in the country and Prime Minister Viktor Orban’s outlook over Russia’s invasion of Ukraine.

Instead of ensuring unanimous support for aid to Ukraine, Hungary’s veto made sure that the EU’s other 26 member states would need work out a more complicated technical plan to make sure aid can keep flowing to Kyiv in the new year.

“In the end agreement was found on formulations that allow a flexible and quick way to deploy funds to Ukraine without fundamentally changing the way the EU manages its funds. I say agreement, but in the reality that agreement was minus one,” said Tuomas Saarenheimo, the chairman of the EU Council Economic and Financial Committee.

Many nations see Orban’s evasive tactics as a thinly veiled attempt to blackmail the EU into releasing billions in regular funding and pandemic recovery cash that has been held up.

The EU’s 27 nations have until Dec. 19 to make a decision, and EU leaders meet for a two-day summit next week, increasing chances that the issues would still need to be grappled with at a later date.

EU nations have been mulling for years now whether to punish Orban for what he calls his brand of “illiberal democracy” but what is seen by many others as unfit for the EU’s traditional sense of Western democratic liberalism.

On top of that, Orban has also angered the bloc’s officials with his repeated criticism of EU sanctions targeting Russia for its war in Ukraine.

The EU’s executive branch proposed that the bloc suspend around 7.5 billion euros ($7.5 billion) in regular funding to Hungary over concerns about democratic backsliding and the possible mismanagement of EU money. The Commission also wants to put conditions on Hungary’s pandemic recovery plan worth 5.8 billion euros and insists Budapest implement 27 “super milestones” on democratic reforms to unlock the funding.

Hungary already agreed on 17 anti-corruption measures, including the creation of an anti-corruption task force and changes to its public procurement rules, but the Commission wants to see more action. The money can be frozen under a recently introduced conditionality mechanism that allows the EU to take measures to protect its budget.

Any action to suspend the funds must be approved by the EU member countries, and this requires a “qualified majority” – at least 15 countries representing at least 65% of the total EU population.