Hungary’s Orban wants to ‘drain the swamp’ in European Union 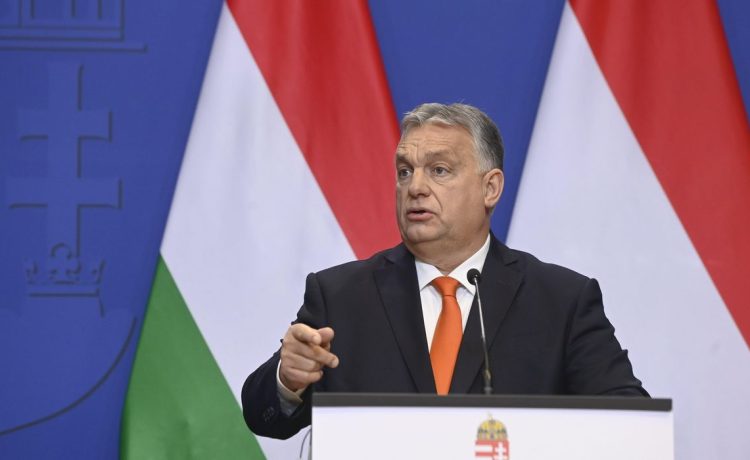 BUDAPEST, Hungary — Hungary’s prime minister thinks it’s time to “drain the swamp” in the European Union, he said on Wednesday, something he imagines could lead all the way to dissolving the bloc’s legislature.

In an annual international news conference in Budapest, Viktor Orban said a recent corruption scandal involving several members of the European Parliament had drawn into question the credibility of the institution, and that he supports abolishing the body as it currently exists.

The nearly three-hour news conference, held annually, is nearly the only occasion of the year when Orban fields questions from the international media or critical Hungarian outlets.

The populist leader, who won a fourth straight term in office in April, has engaged in frequent battles with the EU, which accuses him of violating democratic norms and overseeing large-scale official corruption.

But on Wednesday, Orban blasted the European Parliament for recent revelations of a cash-for-favors corruption scandal that allegedly involves Qatar, and borrowed a phrase from former American President Donald Trump, saying it was time to “Drain the swamp” in Brussels.

Wednesday’s news conference came as the EU has frozen more than 12 billion euros in funding to Hungary over concerns that Orban’s government has cracked down on judicial independence, overseen official corruption and abridged minority rights.

In September the European Parliament declared that Hungary could no longer be considered a democracy, and would become “a hybrid regime of electoral autocracy” under Orban’s leadership – a charge his government has rejected.

Adding to the tensions between Budapest and Brussels is the Hungarian government’s lobbying against sanctions on Moscow for its war in Ukraine.

Orban – who is considered one of Russian President Vladimir Putin’s closest EU allies – claims sanctions have been ineffective in pressuring Russia to end the war, and that they have inflicted more damage on European economies than on Russia.

“If it were up to us, there would not be a sanctions policy,” Orban said Wednesday, adding that he would not support any additional sanctions packages against Russia in the future, but would not stand in the way of the EU passing them.

“It is not in our interest to permanently divide the European and Russian economies into two, so we are trying to save what can be saved from our economic cooperation with the Russians,” he said.

Orban has made a number of concessions in order to secure delivery of badly needed EU funds, but the European Commission – the bloc’s executive arm – has insisted on further reforms if Budapest is to gain access to the money.

Hungary is struggling with among the highest inflation rates in Europe and a floundering currency which has caused skyrocketing prices. In November, the inflation rate was over 22% and the forint currency was down nearly 10% against the euro since the beginning of the year.

Orban said the government had plans to reduce inflation to single digits by next December, and would soon unveil a program which would eliminate income taxes until the age of 30 for women who have children.