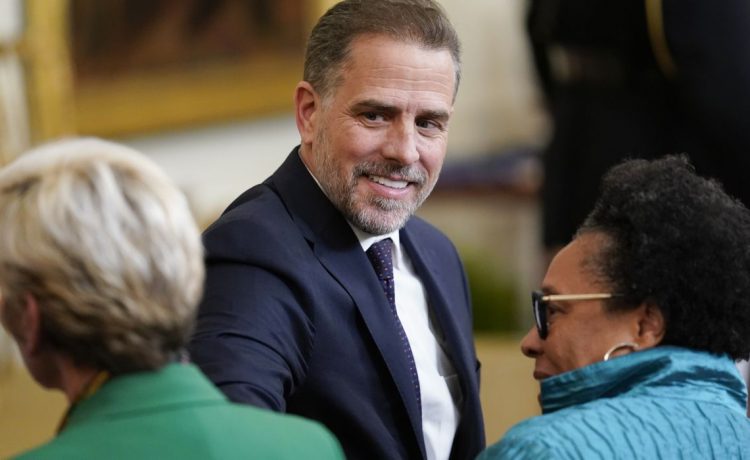 Hunter Biden allegedly belittled his stepmother, first lady Jill Biden, as being an “entitled c—t” and a “vindictive moron” according to texts unveiled from a laptop purportedly belonging to the president’s son.

Mr. Biden apparently made the remarks about Mrs. Biden, after she had urged him to go to rehab for his substance abuse, disparaging her in a text exchange with his uncle, James Biden.

“I said [you know] what mom you’re a f—-ing moron. A vindictive moron,” Mr. Biden said. “And you do know the drunkest I’ve ever been is still smarter than you could ever even comprehend and you’re a shut … grammar teacher that wouldn’t survive one class in a ivy graduate program. So go f—k yourself Jill let’s all agree I don’t like you anymore than you like me.”

In a separate text to Hallie Biden, Beau Biden’s widow whom he was in a relationship with, he referred to Mrs. Biden as a “selfish silly entitled c—t” as he compared her to his then-girlfriend.

“F—k my stepmother for always being as much of a selfish silly entitled c—t as you,” he wrote to Hallie Biden.

The text exchanges were first reported by The Sun, and came from an iPhone that was backed up in a laptop allegedly belonging to Mr. Biden.

The 52-year-old son of President Biden visited the White House last week for the Fourth of July, where he was pictured watching fireworks with his father and the rest of the first family.