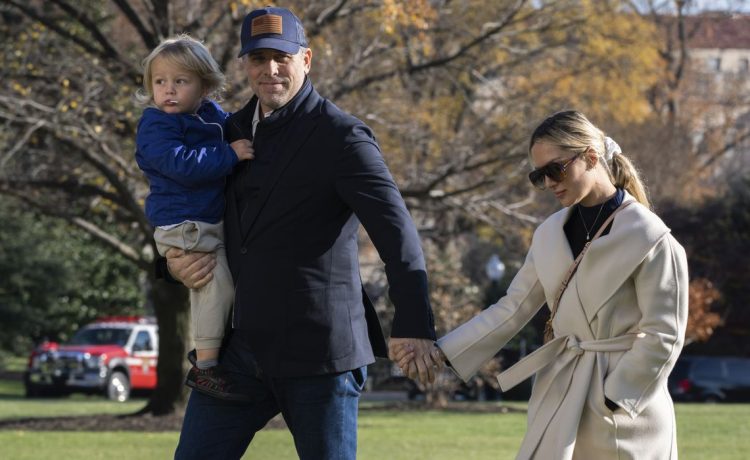 The discovery of classified documents in the garage and other areas of President Biden’s home put government secrets within reach of the president’s son Hunter Biden, an admitted drug addict known for eyebrow-raising foreign business ventures who is also under federal investigation for potential tax crimes.

Hunter Biden listed his father’s home in Wilmington, Delaware, as his primary address in 2018 and 2019, a timeframe that he said was the worst period of his alcoholism and drug addiction. During the same time, Hunter Biden was receiving millions from Patrick Ho, a leading Chinese businessman with extensive ties to Chinese military intelligence.

Mr. Ho was convicted in December 2018 on seven counts of bribery and money laundering charges.

The Obama-era classified materials are believed to have been in the Wilmington residence since at least 2017 when Mr. Biden’s term as vice president ended.

With the elder Mr. Biden’s lawyers admitting this month that classified documents were found at his house, including in the garage, evidence keeps piling up that his troubled son had access to the locations where the government secrets were found.

The documents are a legal problem for the president.

However, critics say the longtime storage of classified documents in unsecured locations is an even bigger national security problem.

Hunter Biden’s potentially unfiltered access to his dad’s house is a concern, said Rep. James Comer, Kentucky Republican and chairman of the House Oversight and Accountability Committee. In a letter to White House Counsel Stuart Delery, Mr. Comer demanded to know if Hunter Biden was conducting business deals near the classified documents.

“Documents on file with the committee reveal the same address appeared on Hunter Biden’s driver’s license as recently as 2018. The committee is concerned President Biden stored classified documents at the same location his son resided while engaged in international business deals with adversaries of the United States,” Mr. Comer wrote.

Chris Clark, an attorney representing Hunter Biden, did not respond to a request for comment by The Washington Times.

Mr. Comer is already pursuing a separate but related investigation of whether Hunter Biden and President Biden’s brother James Biden sought to profit off the family name. The investigation is centered on the contents of a laptop computer Hunter Biden discarded at a Delaware repair shop in April 2019.

The laptop’s hard drive contains a massive trove of information about Hunter Biden’s business dealings, including how he worked to put business connections in the same orbit as his famous father. President Biden has repeatedly insisted that he never discussed his son’s business dealings with them.

That claim was put to the test last week when the president’s name popped up in a 2017 email to Hunter Biden discussing a multi-million natural gas deal with links to China. The email was recovered from Hunter Biden’s laptop.

In an email dated October 27, 2017, Louisiana attorney Robert W. Fenet wrote to James Biden and Hunter Biden to say he arranged a call with Cheniere, a Houston energy company, to discuss the purchase of 5 million tons of gas.

“I confirm I have requested [the contact] to be available for a call from Joe Biden and Hunter Biden on Monday morning,” Mr. Fenet wrote.
While it’s possible that Mr. Fenet mistyped Joe instead of Jim, other emails and whistleblower testimony suggest President Biden was aware of his son’s business dealings.

Although the Oct. 27 email doesn’t directly mention Chinese energy company CEFC as part of the deal, a later email from Mr. Fenet notes that the deal will give Hunter Biden’s group the capacity to “supply 13 million metric tons per annum of [liquified natural gas] to the port in China.”

A month later, Hunter Biden wrote to CEFC Chairman Ye Jainming saying the deal would provide “large quantities” of liquified natural gas at competitive prices, while “advancing the long-term goals of the CEFC through a partnership or acquisition of a promising [liquified natural gas] terminal.”

The following month, Hunter Biden wrote to CEFC Chairman Ye Jianming, saying the deal would provide “large quantities of LNG at very competitive rates while also advancing the long-term goals of CEFC through a partnership or acquisition of a promising LNG terminal project in Louisiana.”

As concerns about the business deals and the possible involvement of President Biden mount, Republicans are trying to pin down how much access Hunter Biden had at his dad’s house while the documents were stored there.

Much has been made about a background form Hunter Biden filed out while trying to rent a property in California. The form, which has been widely circulated on social media, shows that Hunter Biden paid a monthly rent of $49,910 for an undisclosed property.

It’s possible that the rent was for office space at the House of Sweden, home to the Swedish and Icelandic embassies in Washington. Rosemont Seneca Advisors, an investment firm co-founded by Hunter Biden, held an office there.

The National Property Board of Sweden confirmed to The Washington Times that Hunter Biden paid $49,910 in rent quarterly between March 2017 and February 2018.

Still, some conservatives, including former President Donald Trump, have insisted that Hunter Biden was paying the rent to his dad while staying at his house. Yet, President Biden’s taxes did not include the $49,910 in rent.

“Was Joe Biden really paid $50,000 a month by Hunter for a house that’s worth comparatively very little? Who actually owns the house? This is just the beginning of one of the greatest political and money laundering scams of all time,” Mr. Trump, who is running for president in 2024, wrote on Truth Social.

Lawmakers don’t need the rent payments to link Hunter Biden to his dad’s house. Materials found on his laptop, including hotel reservations, receipts for online purchases and banking letters, show that Hunter Biden listed his father’s Delaware residence as his home address.

Receipts from the Ritz-Carlton in Washington, a 2018 Wells Fargo statement, a credit card application and receipts from Apple in 2019 all list Hunter Biden’s address as his father’s home in Willmington.

The lack of visitor logs for the home has frustrated lawmakers’ efforts to pin down who visited Hunter Biden or his dad at the home during the time classified records were kept there.

Mr. Comer has demanded visitor logs for the residence, but the White House says they don’t exist.

Secret Service spokesman Anthony Guglielmi initially said the agency doesn’t independently maintain visitor logs because it is a private residence. He changed his tune later, however, admitting that the Secret Service does “generate law enforcement and criminal justice information records” for individuals who come in contact with Secret Service-protected sites.

The initial announcement angered Republicans, who vowed to obtain the information through other avenues. Rep. Mike Johnson, Louisiana Republican, said Congress can identify visitors through “testimony with family members of those who have been at the residence.” 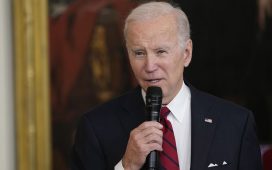