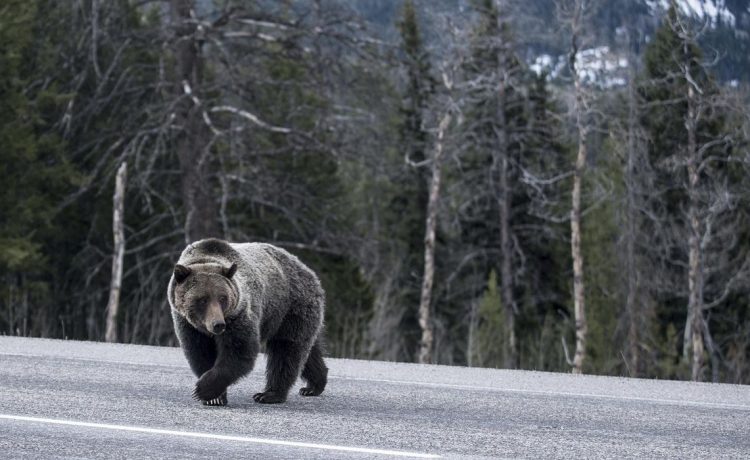 A Washington man suffered non-life-threatening injuries after being charged by a nearly 700-pound grizzly bear while hunting with his wife.

At around 1 p.m. Tuesday afternoon, the hunter, whom authorities did not name, was looking for birds on private property in a creek bottom east of Choteau, Montana, when a 677-pound adult male grizzly bear ran out of the brush at close distance.

“The bear came out and ran over him … That’s how he was injured, as it literally stepped on him and ran him over,” Montana Fish, Wildlife and Parks (FWP) spokesman Dave Hagengruber told the Great Falls Tribune.

Mr. Hagengruber also explained that the bear’s main priority in the encounter was getting away.

“It ran him over and turned around and ran right back to where it came from. And then the bear went back into the brush and that’s where it stayed,” he elaborated.

The hunter then returned fire with a shotgun and a handgun, wounding the beast and ending its attack. The hunter, his wife, and their dogs proceeded to leave the area and notify authorities.

After consultation with federal officials, FWP bear specialists, along with game wardens and Teton County deputies, “returned to the site and located and euthanized the bear later that afternoon.”

Although grizzlies are protected under the federal Endangered Species Act, authorities concluded that the injuries to the bear meant it had to be killed.

The bear had had no known previous conflicts with humans, and had never been handled by FWP bear managers.

He had to spend Tuesday night in the hospital but did not suffer bite marks or other life-threatening injuries, according to the Associated Press.