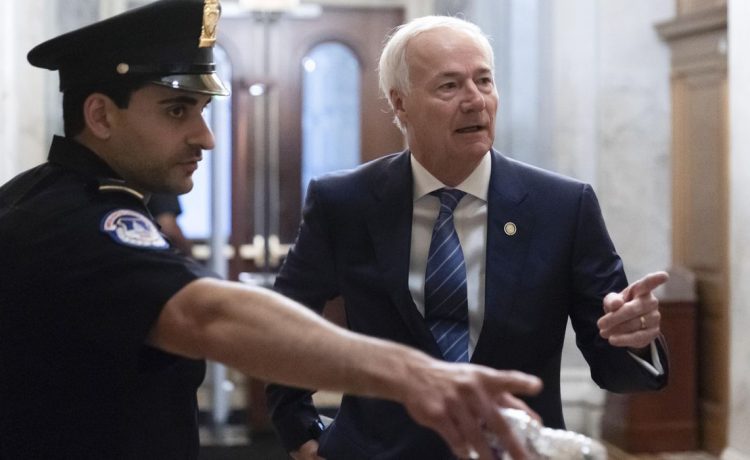 Arkansas Gov. Asa Hutchinson said Sunday his state would expand services for mothers in the aftermath of the Supreme Court decision to overturn a ruling that recognized a right to an abortion.

The Republican governor told NBC the Supreme Court’s action was “really something that will save lives” and he did not expect a decision overturning abortion rights to come anytime soon.

“We’re going to work hard to make sure that mothers have the services that they need, we’re going to expand adoption services to meet those needs, that’s what’s critically important right now,” Mr. Hutchinson said on ‘Meet the Press.’ “And we have to remember this is not a nationwide ban on abortion. Every state is going to have the ability under the court decision to make its own decisions.”

Arkansas has a law banning most abortions 20 weeks into a woman’s pregnancy with exceptions for incest, the life of a mother, and rape. Mr. Hutchinson said his state would immediately expand care for mothers as the law takes effect.

The Supreme Court’s decision in Dobbs v. Jackson Women’s Health Organization last week eliminated a 1973 ruling recognizing a right to obtain an abortion. The Supreme Court’s new Dobbs decision did not criminalize abortion but removed the protection created by the justices in the earlier Roe v. Wade ruling.

Ms. Ocasio-Cortez tweeted on Sunday that the incompetence of Republican members of Congress was “killing women and pregnant people across the U.S.”