Hyena baby born at Hattiesburg Zoo, but remains under wraps 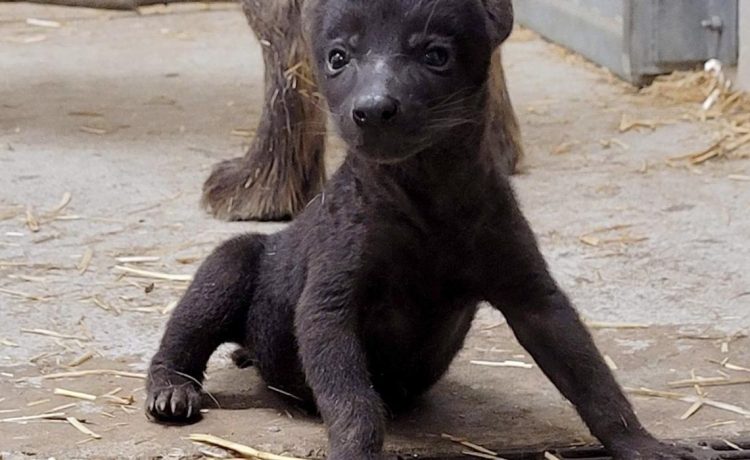 HATTIESBURG, Miss. (AP) — Just a year after her arrival at the Hattiesburg Zoo, spotted hyena Pili has given birth to what is believed the only surviving hyena cub born in North America so far this year.

“We are thrilled with the birth of this cub,” Kristen Moore, animal curator for the Hattiesburg Zoo, said in a news release. “We feel good that Pili is doing well and is being a great mom to her first-born cub.”

The cub, born Oct. 17, will not be on public display until it is older, news outlets reported. The walkway in front of the hyena exhibit is temporarily closed so zoo officials can monitor the care of the cub and its mother.

“We ask our guests to be patient while our animal care team closely monitors the cub and mother in these important early stages as they acclimate to their habitat and spend time together,” said Rick Taylor, executive director of the Hattiesburg Convention Commission, which manages the zoo.

According to the zoo, hyenas usually have litters of two to four cubs, but approximately 60% of them do not survive. The mothers are also in danger as the birth canal is only an inch in diameter, often making the birthing process fatal, as evidenced by the high death rate for first-time mothers, zoo officials said.

“Pili is nursing her baby who is suckling well, but we have hurdles yet to cross so we are cautiously optimistic at this point,” Moore said.

Hattiesburg Zoo has one male hyena, Niru, the cub’s father, who arrived at the zoo in May. Pili arrived several months later.

The baby reached another milestone Tuesday when it met Niru through the meshing of the hyena’s indoor enclosure.

“Dad was great, and acknowledged his cub in a mild-mannered fashion,” Moore said.

As a conservation facility, Hattiesburg Zoo brought in the hyenas in hopes they would breed, The Hattiesburg American reported.

“This is an incredibly important birth for the Spotted Hyena’s Species Survival Program,” said Jeremy Cumpton, director of conservation, education and wildlife at the zoo. “This program ensures genetic diversity is maintained in populations and can only be maintained if proper breeding and rearing take place.”

A blood sample will be taken in 2 to 4 weeks to determine the sex of the cub. Officials said they are looking at naming options now, but they will wait until after they have determined the cub’s sex before picking a name.